Managing Partner Michael Wildes is pleased to announce that Wildes & Weinberg P.C. has secured O-1 visa classification on behalf of client Lena Fedchenko, based on her extraordinary ability as a Tattoo Artist. 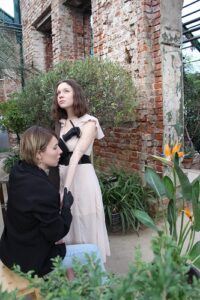 Lena Fedchenko is an extraordinary botanical tattoo artist who has traveled the world tattooing at some of the biggest and most prolific tattoo studios across Europe. Her work has been featured in major media publications, such as inkPPL magazine, and she has exhibited her designs at the Darwin Museum. She is recognized across the industry, by professionals and fans alike, and has an extensive social media following. Her delicate botanical tattoos have received praise from across the tattoo community, and the demand for her work keeps her fully booked months in advance. We are excited for her to expand her reach to fans in the US and begin her residency at the distinguished Atelier Eva Studio. Congratulations, Lena!