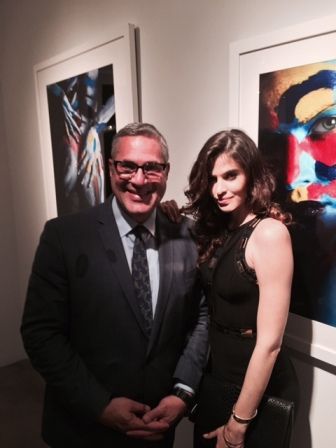 The exhibition which ran from June 11 through July 31, 2015 displayed the collaborative series between noted artist Bradley Theodore and the well-known photographer Antoine Verglas. Together, these celebrated creative geniuses brought to life canvases that combined the excitement of street art with the sensuality of fashion photography.  The event was held at the ACA Gallery, 529 W 20th Street, New York, NY.

Ms. Hana Nitsche is an internationally renowned supermodel who has worked for the most prestigious brands in the world. Beginning her prolific career in her native Germany, Hana competed in and won several modeling contests, to include “Model of Germany 2005” and “Model of the World Platinum 2006.” After her memorable appearance in 2007 for “Germany’s Next Top Model,”  the acclaimed reality modeling show hosted by model icon Heidi Klum, Hana’s career skyrocketed and she began working in major fashion centers around the world.

Hana’s extraordinary skill in modeling is demonstrated by the leading international magazines that have featured her and her work as a model, such as Elle, Esquire, Cosmopolitan, Marie Claire, GQ, Style, Harper’s Bazaar, Women’s Health, Icon, Fit for Fun, Gala, InStyle, and many others. Significantly, she has appeared on the cover of major magazines including Glamour, Runway, Style, OK Magazine Germany, FHM France, GQ Germany, Cocoon, Maxim SouthAfricaand Maxim Germany, just to name a few.

Hana has been named “Germany‘s hottest new export” by Fox News and popculture website, Complex.com, ranked Ms. Nitsche #3 on its list of the “50 Hottest German Women for 2011,” placing her above Heidi Klum.

PETA, the largest animal rights organization in the world, recruited Ms. Nitsche to shoot an anti-fur campaign, allowing her to join PETA’s record of celebrity spokesmodels which includes Christina Applegate, P!nk, Charlize Theron, Christy Turlington, Pamela Anderson, and Eva Mendes. Hana’s appeared in the campaign with the slogan “Fur? I’d rather go naked,“photographed by well known artist Antoine Verglas. Ms. Nitsche‘s campaign became a global sensation and was covered by major press all around the world. Fox News, The Daily Telegraph, The Daily Mail and Vogue Taiwan are a few examples of major media that featured her involvement with PETA.

Over the course of her career, Ms. Nitsche has worked with fashion photographers of the highest caliber to include Rankin and Marc Baptiste.  One of her most noted projects involved her collaboration with famed photographer and artist Raphael Mazzucco on an art series that was exhibited in 2012 at Art Basel Miami, the world’s foremost international art show for modern and contemporary works.

Michael Wildes and his team at the Wildes & Weinberg firm have been honored to work with Ms. Hana Nitsche since 2011, first acquiring for her an H-1B3 visa and then subsequently, an O-1B visa in November 2014.  While both visa types will permit a fashion model to work in the United States, there are important differences between the two visa types. The H-1B3 visa is available to models who can demonstrate a reputation of distinguished merit and ability in the field. However, the H-1B visa category as a whole is restricted by a quota, limited to 65,000 visas per year and encompasses many other professional fields such as the technology, science, and business. In addition, the fact that a new H-1B3 must be filed by April 1st each year, often presents a challenge to those in the fashion field.

On the other hand, the O-1 visa is a great option for fashion models and offers many advantages.  A petition for O-1 classification can be filed at any time during the year and there are no visa quotas to limit the number of people who can apply. The O-1 visa is available to an individual who can demonstrate extraordinary ability and acclaim in their field, a much higher standard than the H-1B3. However, a model with a substantial profile such as Hana’s makes her the perfect candidate for this type visa.

For more information on the O-1 visa category which allows individuals of extraordinary ability in the arts, sciences, athletics, education and business to live and work in the United States, please visit our Immigration 101 page or contact Managing Partner Michael Wildes at michael@wildeslaw.com. 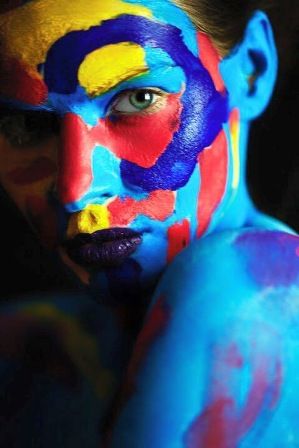