a look back: leon wildes pens article on visa denials for ainl (association of immigration and nationality lawyers) newsletter 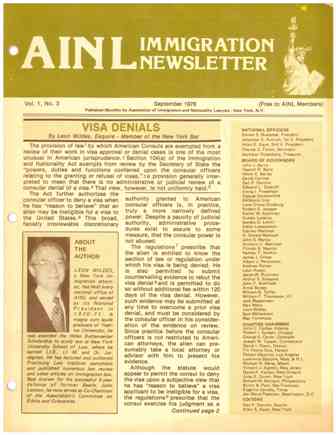 Leon Wildes, Founding and Senior Partner of Wildes & Weinberg, P.C., began his intense study and practice of immigration law in 1960 as a migrations specialist at the Hebrew Immigrant Aid Society (HIAS) and has practiced immigration law ever since. 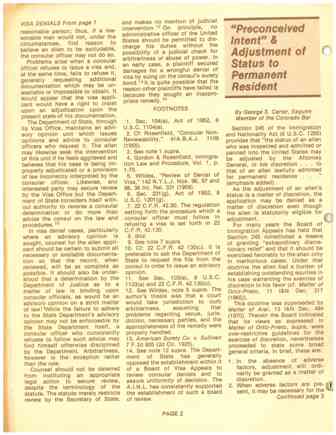 Wildes was also an Adjunct Professor of Immigration Law at the Benjamin N. Cardozo School of Law for over 32 years.  In addition, he supervised the immigration externship program.