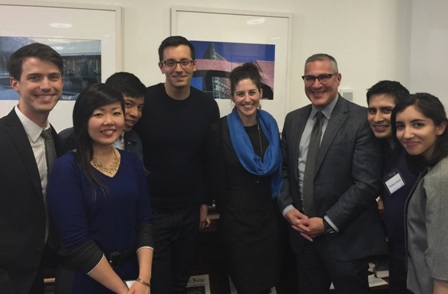 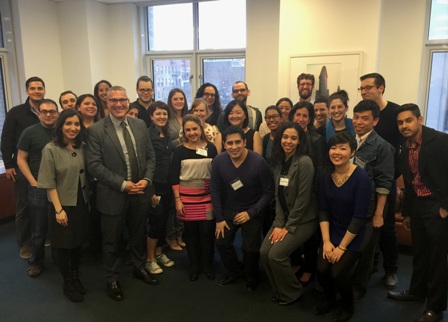 Founded in 1976 by Yeshiva University, the Benjamin N. Cardozo School of Law has a national reputation for a top-caliber faculty and an innovative academic program that includes a wide range of exciting and practical opportunities

Wildes & Weinberg, P.C. was founded more then 5 decades ago by Leon Wildes, who is best known for his successful representation of John Lennon in his deportation proceedings, the circumstances of which have inspired documentaries, films, and other literary works. Since that time, the firm has gained a stellar reputation as a full service niche firm. Over the past 50 years, Wildes & Weinberg has concentrated its practice in all aspects of U.S. immigration and nationality law, servicing the immigration needs of individuals as well as prominent American and International banks, industrial, financial, legal, and manufacturing corporations in connection with the personnel needs of their foreign national employees.  In addition, the firm has a distinguished clientele and have done substantial immigration work for performing artists, directors, writers, models, actors/actresses, athletes, fine artists, art dealers, curators, and literary agents. Today, the firm consists of more than 40 individuals, all expert in U.S. immigration law, and the multi-lingual staff is spread throughout three offices; New York City, Englewood, NJ, and Miami, FL.

Prior to joining Wildes & Weinberg, Michael was a former Federal Prosecutor with the United States Attorney’s Office in Brooklyn (1989-1993).   Mr. Wildes also served as a two-term City Council Person as well as a two-term Mayor of Englewood, New Jersey, where he resides.  In addition, he often appears as a legal commentator/analyst for network television and radio.