a look back at 2007 representation of mamadou soumare

Managing Partner Michael Wildes successfully obtained a reentry permit for Mamadou Soumare, whose wife and four children were tragically killed in a fire in the Bronx in 2007.  Mamadou had faced the possibility of not being able to accompany his family’s remains for fear he wouldn’t be allowed to return to New York. With the help of Michael Wildes, Mamadou received special permission to return to the United States after taking their bodies to his African homeland for burial. 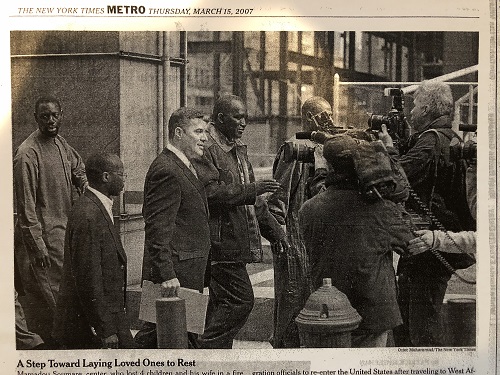