Most lawyers shy away from controversy; but for Managing Partner Michael Wildes, wearing bulletproof vests and aiding the U.S. government  in their quest to gather high profile secret information is not something he is afraid to do. As a result, he has agreed to handle the immigration affairs of several well-know whistle blowers, a suspected terrorist and a high-profile Saudi defector, and has negotiated the safe return of children kidnapped to foreign lands. In1998, Michael represented Dr. Iftikhar Khan Chaudhry, a Pakistani Defector who was seeking Political Asylum in New York in exchange for information on the secret cooperation between Iran and Pakistan. 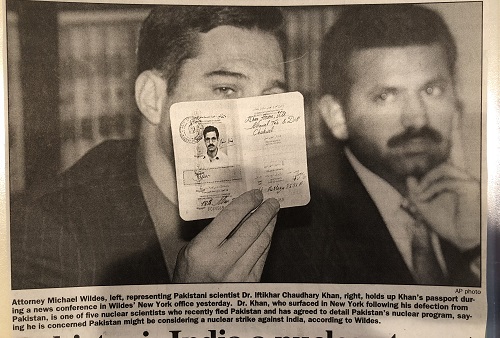