a new entry in the oxford english dictionary

Managing Partner Michael Wildes is pleased to announce that one of the firm’s clients, Rabbi Chaim Miller, Spiritual Leader and Noted Author, has expanded the use of  the word “Farbrengen” in the Oxford English Dictionary. The firm previously obtained a Green Card for Rabbi Miller. 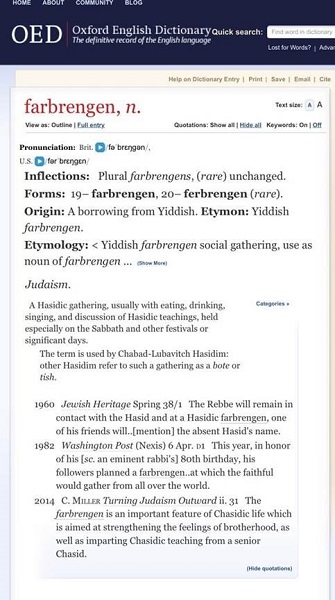