On February 24, 2021, the Biden administration officially revoked temporary restrictions on the issuance of new immigrant visas abroad that had been put in place by former president Donald Trump. The announcement is the latest in a series of recent proclamations intended to address what many critics considered to be an assault on the American immigration system by the outgoing administration.

The text of the February 24th proclamation challenged the stated goal of the Trump era policy, put in place in April 2020 under Proclamation 10014 (“P.P. 10014”), which claimed that it was necessary to halt the issuance of new green cards in order to prevent “Americans laid off by the virus to be replaced with new immigrant labor flown in from abroad.” Biden’s order refutes this idea, arguing that P.P. 10014 “does not advance the interests of the United States” and “harms industries in the United States that utilize talent from around the world.” Over 600,000 individuals are thought to be directly affected by the order, which includes individuals with approved family, employment, and “diversity lottery” based visa status. The backlog is expected to result in significant delays due to reduced capacity at U.S. consulates abroad caused by the pandemic.

The State Department has confirmed that while P.P. 10014 has been rescinded, Proclamation 10052, which pauses issuance of some H, J, and L non-immigrant visas, remains in effect until its planned expiration on March 31, 2021. The Biden administration has not issued further guidance regarding extension of that proclamation or another order that currently bans entry by nonimmigrant visa holders with recent presence in the UK, China, Iran, and most of Europe.

Travelers, particularly those with valid non-immigrant visa stamps or recent approvals, are encouraged to contact Wildes & Weinberg at (212) 753-3468 in order to review options, as immigration policy remains complex and in a constant state of flux. 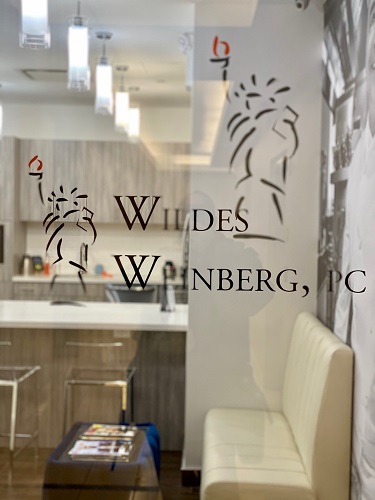