client saved from deportation by proving acquisition of u.s. citizenship

Managing Partner Michael Wildes is pleased to announce that through the use of the Freedom of Information Act (FOIA), Wildes & Weinberg successfully proved acquisition of U.S. Citizenship for a client who thought he would be deported.  We were able to prove that he had actually acquired U.S. citizenship prior to his 18th birthday, and as a U.S. citizen, could NOT be deported.

Our firm was successful in proving United States citizenship for a client earlier this year under special circumstances.

The client entered the United States at the age of nine (9) being sponsored by his Lawful Permanent Resident mother.  The client mother’s initially entered the United States under the name of a former spouse. She then obtained a name change while in the U.S. as a resident alien. When she applied for naturalization to become a United States citizen, she elected to change her name yet again as part of the naturalization process.   Unfortunately, our client’s mother then died shortly after naturalizing and our client had no knowledge of his mother’s U.S. immigration history.

Fast forward 20 years. This individual is convicted of a financial crime in excess of $30,000.00 putting in jeopardy his lawful permanent resident status.

Our office was successful in discovering through the National Archives the court where the applicant’s mother petitioned to become a United States citizen, thus obtaining her alien number. We then submitted a Freedom of Information Act request to obtain the mother’s file from USCIS archives.  We also were able to obtain a copy of our client’s files from USCIS archives.

Once we gathered all the pertinent information, we were able to determine the lineage and discovered that our client was indeed a U.S. citizen derivatively as his mother did become a U.S. citizen prior to his 18th birthday, thus avoiding potential deportation from the United States.  We even assisted with obtaining a U.S. passport for our client.

Another successful outcome of a case handled by Wildes & Weinberg, P.C. 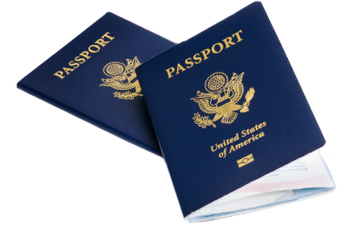 To learn more about Wildes & Weinberg, please contact Managing Partner Michael Wildes at Michael@wildeslaw.com to schedule an appointment to see how we can be of assistance to you, your friends, or family.