Wildes & Weinberg, P.C. Managing Partner Michael Wildes is pleased to announce that Daniel Retter, Esq. will be joining the firm Of Counsel. 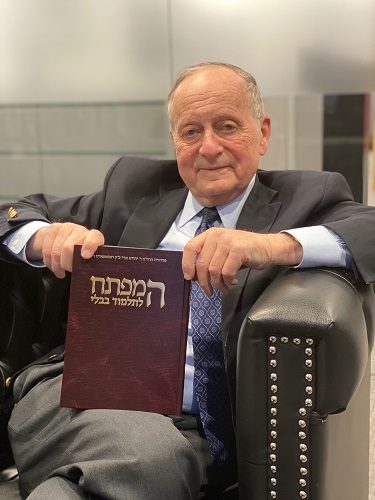 Daniel Retter joins the firm Of Counsel and brings with him a wealth of professional knowledge.   Mr. Retter has earned degrees from City University of New York, City College (B.A.), and Brooklyn Law School (J.D.). Mr. Retter is licensed and admitted to practice law in both Florida as well as in New York. Mr. Retter served as the Secretary of the South Florida Immigration Lawyer’s (AILA) local chapter for many years. He has authored multiple Consular practices and procedures articles for the official AILA Consular and Visa Processing Guide series , covering Moscow, St Petersburg, and Kiev. Mr. Retter has also lectured extensively at annual AILA conferences throughout the United States.

A seasoned and prominent lawyer, Mr. Retter brings to Wildes & Weinberg a wealth of experience in several practice areas such as Real Estate and Business Law, as well as more than 40 years of practice in U.S. Immigration and Nationality Law. Mr. Retter will be established and offer immigration consultation services in our Miami ( Aventura) office.

Mr. Retter is also a Talmudic Scholar and the author of the Sefer HaMafteach®, an Indexed Reference Guide to Talmud Bavli and the Mishnayos, in Hebrew and English, now a free app, and a frequent contributor of feature articles to The Jewish Press.

Wildes & Weinberg was founded in 1960 by Senior Partner, Leon Wildes.  Nearly three quarters of a century later, the firm continues to concentrate its practice in all aspects of U.S. immigration and nationality law, servicing the immigration requirements of prominent American and International firms, banks, industrial, financial and manufacturing concerns, as well as law firms in connection with the personnel needs of their foreign national employees.  In addition, the firm has a distinguished clientele and has done substantial immigration work for performing artists, directors, writers, models, actors/actresses, athletes, fine artists, art dealers, curators, and literary agents. Most notable was Leon Wildes’ successful representation of former Beatle John Lennon and his artist wife, Yoko Ono in their deportation proceedings, the basis of which has inspired legislation, and has been portrayed in films, plays, and literary works worldwide.