Managing Partner Michael Wildes is pleased to announce that Wildes & Weinberg has secured E-2 visa classification on behalf of Mr. Laurence Swerner, for the purpose of serving in the position of President on behalf of NeverGiveUp LLC in the United States.

NeverGiveUp LLC specializes in the production and commercialization of sports memorabilia. Having cultivated long lasting relationships with many celebrities and sport legends, such as Muhammad Ali, Sugar Ray Leonard, Pele, Alex Rodriguez, and many others, the company now holds a rare collection of autographed memorabilia. The company is now working to bring to market these unique products designed to bring the personal touch of some of history’s greatest athletes to the world.

In his key managerial capacity, Mr. Swerner will have all discretionary decision-making authority in establishing the most advantageous course of action for the successful management of the company in the United States. 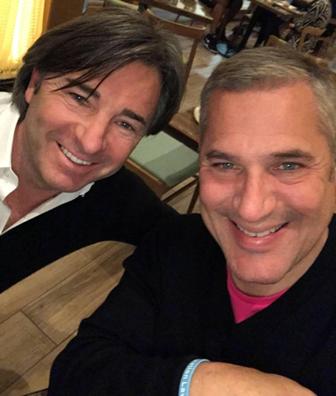 Wildes & Weinberg was founded in 1960 by Senior Partner, Leon Wildes.  More than half a century later, the firm continues to concentrate its practice in all aspects of U.S. immigration and nationality law, servicing the immigration requirements of prominent American and International firms, banks, industrial, financial and manufacturing concerns, as well as law firms in connection with the personnel needs of their foreign national employees.  In addition, the firm has a distinguished clientele and has done substantial immigration work for performing artists, directors, writers, models, actors/actresses, athletes, fine artists, art dealers, curators, and literary agents. Most notable was Leon Wildes’ successful representation of former Beatle John Lennon and his artist wife, Yoko Ono in their deportation proceedings, the basis of which has inspired legislation, and has been portrayed in films, plays, and literary works worldwide.

For more information on the E-2 visa or any other visa category, please visit our Immigration 101 page or contact Michael Wildes at michael@wildeslaw.com.