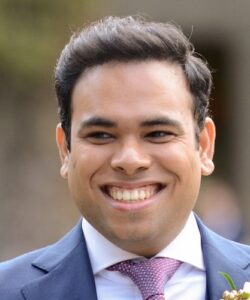 Mr. Elumalai has established himself as an individual of extraordinary ability in the healthcare industry and an incomparable innovator invaluable whose contributions to the field of biomedical engineering and medical diagnostics promises to save the lives of hundreds of thousands of Americans.  He has amassed a litany career-defining professional accomplishments, most notably the development of the MouthLab, a revolutionary handheld diagnostic tool which is nothing short of a technological marvel. Mr. Elumalai has risen to the very top of his field of endeavor and possesses a level of expertise that clearly establishes that he is one of the small percentage of experts in this critical industry. In the midst of a pandemic that is unlike any the world has seen in over a century, Mr. Elumalai is working on the front lines of medicine and technology to develop safe and effective methods for detecting and preventing not only the myriad of today’s healthcare challenges, but the unknown threats that await us in the future. We are proud to represent such a tireless innovator and look forward to his continued success in America.