Managing Partner Michael Wildes is pleased to announce that Wildes & Weinberg has secured an immigrant visa petition approval on behalf of Mr. Sascha Bopp based on his exceptional ability in business (EB-2).

Mr. Sacha Bopp is internationally recognized for his outstanding contributions to the field, evidenced by his leadership positions with major retail conglomerates.  His many achievements during a long career of distinguished service, include controlling large companies such as Crate and Barrel, Children Worldwide Fashion SAS, and Primondo GmbH , and he has been published in mass media outlets such as the Chicago Tribune and Forbes.  In addition, Sascha served as Chief Operating Officer and later as Chief Executive Officer of Chicago-based Crate and Barrel from 2009 to 2014. In this leadership role with the renowned home furnishings and multichannel retailer, he was responsible for 110 company-owned stores in North America, online sales, franchising operations in 10 countries, as well as the company’s sister brands CB2 and Land of Nod. Prior to Crate and Barrel, Sascha managed a range of responsibilities for Arcandor AG, a Germany-based holding company that controlled a portfolio of retail, mail order and eCommerce companies. During his tenure, Mr. Bopp was Chief Executive Officer of a 5,300-employee division, comprised of 13 independent specialty retailers headquartered in five European countries. In 2008 he was also named CFO and General Manager of the entire multichannel retail division of Arcandor AG, where he was responsible for 20,000 employees and $4 billion in sales. Most recently, Sascha co-founded Blueprint Robotics with the goal of helping to bring the homebuilding industry into an exciting new stage of technological innovation. Heading up a wide range of responsibilities that include marketing, finance, HR, and IT, Sascha Bopp believes that the strategic potential of the company knows few limits as it breaks new ground in an industry that is ready for significant transformation. 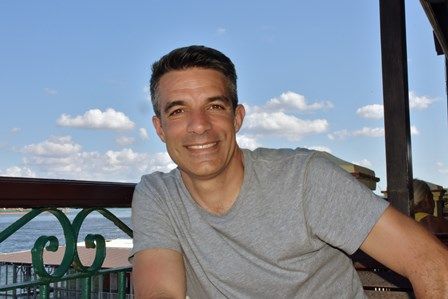 Founded in 1960 by Michael’s father, Leon Wildes, whose best-known accomplishment was his successful representation of John Lennon in his widely publicized deportation proceedings, the circumstances of which have inspired several films and documentaries, Wildes & Weinberg specializes exclusively in the practice of U.S. immigration and nationality law. More than fifty seven years since its inception the firm continues to serve a distinguished domestic and international clientele and covers all areas of U.S. immigration law, including employment and investment-based immigration, work permits, permanent residence for qualified individuals, family-based immigration, asylum applications and all temporary and permanent type visas.

For more information on the EB-2 category or any other classification please visit our Immigration 101 page or contact Michael Wildes at michael@wildeslaw.com to schedule a consultation.