Managing Partner Michael Wildes is delighted to announce that Wildes & Weinberg P.C. has secured the approval of EB11 immigrant visa classification on behalf of Dr. Luca Zammataro based on his extraordinary talent as a Research Scientist and significant contributions to the fields of gynecologic oncology and translational immunoinformatics. 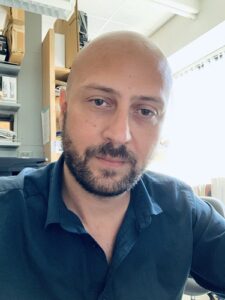 Dr. Luca Zammataro has been an instrumental figure in the scientific community who has made major contributions to the field and developed novel methods and processes to study and treat cancers, using machine learning and bioinformatics. His work has been published in some of the world’s most respected scientific journals and, by virtue of his position within the field, he has served as a peer reviewer on numerous occasions for distinguished international journals. Moreover, throughout his career, he has worked with some of the top scientific organizations in the world, and he continues to enhance and enrich the scientific community with his incredible work. We are excited to see his work continue to change the world for the better. Congratulations, Dr. Zammataro!