Wildes & Weinberg recently obtained approval for a permanent application for famed  photographer Joey Lawrence, who is unequivocally one of the world’s most acclaimed professional high end photographers.  Known as Joey L., he has shot a number of celebrity faces including Robert De Niro, Danny DeVito, Jennifer Lawrence, Jessica Chastain, John Legend, Dylan McDermott, Karlie Kloss, Author John Green, and two-time Olympic gold medalist Gabby Douglas to name a few. Joey L  is highly sought after by networks such as: National Geographic Channel, History Channel, Starz, FX, A&E, Lifetime; and brands such as: Coca Cola,  Reebok, Jose Cuervo, Verizon, Penzoil, Smirnoff, Kawasaki, Coors, Avis, Mustang, Canon Camera, Midas, Lavazza Coffee; and organizations such as the U.S. Army, ACLU, SAG Foundation, and The Salvation Army.  His work has appeared in publications such as Forbes, The New York Times, Huffington Post, Vanity Fair: Italia, and NPR, and has been displayed at the National Portrait Gallery in London. The National Gallery and all of its parts are among the world’s most elite museums, akin to the New York Metropolitan Museum of Art.

According to Michael Wildes, “I am honored that our firm was able to help Joey L on his journey and I look forward to the many wonderful and creative opportunities that await him on our shores.” 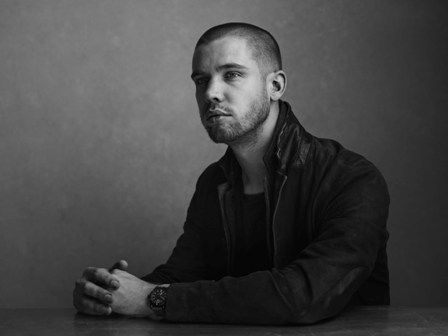