Managing Partner Michael Wildes along with members of the firm discuss ways to assist Israeli Nationals with their U.S. immigration needs.  Since its inception, the firm has been assisting with visas, green cards, and citizenship for scores of individuals as well as talented and distinguished luminaries from Ambassadors to Journalists to Creative and Talented Artists among many other prominent and outstanding persons.  Moreover, as Mayor of Englewood, New Jersey, Michael was recently appointed by New Jersey Governor Phil Murphy to the New Jersey-Israel Commission to further enhance collaboration in business, technology, the arts, education, and more for the mutual benefit of New Jersey, Israel, and America. 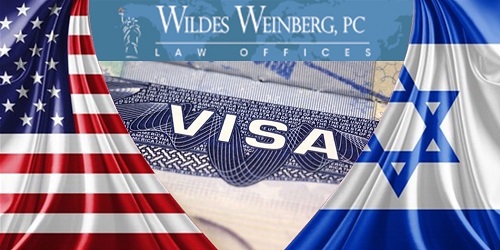 In addition to running a highly successful immigration law practice, Michael is also currently serving his third term as Mayor of Englewood, New Jersey, is the author of Safe Haven in America: Battles to Open the Golden Door (which draws on over a quarter of a century of his practice in the immigration field), is an Adjunct Professor at the Benjamin N. Cardozo School of Law in New York and serves as Counsel to Lincoln Center and several international/corporate law firms. Moreover, Michael is internationally renowned for his successful representation of distinguished individuals and corporate clients such as performing artists, directors, writers, models, actors/actresses, athletes, race car drivers, fine artists, art dealers, curators, musicians, photographers, stylists, and literary agents.