Managing Partner Michael Wildes is proud to announce the approval of a distinguished petition filed on behalf Norman Choi, a leader in the automotive industry. 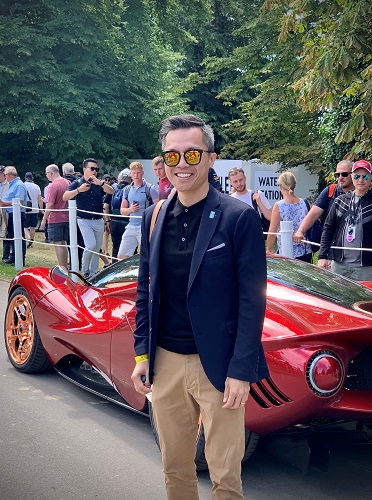 Mr. Choi has built an illustrious reputation as a business revitalization expert and has become recognized internationally as a leader in the automotive industry. He has been credited with the comeback of legendary companies Apollo and De Tomaso, among others.  Mr. Choi’s groundbreaking work has been profiled in major automotive publications including Robb Report, Automobile Magazine, Road and Track, The Drive, Top Gear, Composites Manufacturing Magazine, Car Buzz, Automotive News, Hypebeast, Man of Many, Autoweek, The Truth About Cars, Drive Tribe, Our Man Behind The Wheel and Inside Hook. Choi is widely regarding as a debt restructuring and branding genius, having masterminded and successfully closed one of the largest mergers and acquisitions transactions in automotive history.  His reputation for success is recognized the world over by business leaders who seek out excellence in various industries.

We are thrilled to be assisting Mr. Choi with his U.S. immigration needs.