Following a prolonged litigation battle, Michael Wildes, Managing Partner of Wildes & Weinberg P.C., assisted in securing immigration status for Janosh and Victorya Neumann. As detailed in an article published in the UK’s The Guardian newspaper and Newsweek magazine, the CIA invited Mr. and Ms. Neumann,  former FSB  officers, to come to the United States, in order to gain valuable insight into Russia’s organized crime families and corruption schemes involving high level Russian Law Enforcement Agencies and the Russian Government. They worked for the FBI and other US and UK intelligence Agencies for almost five years. 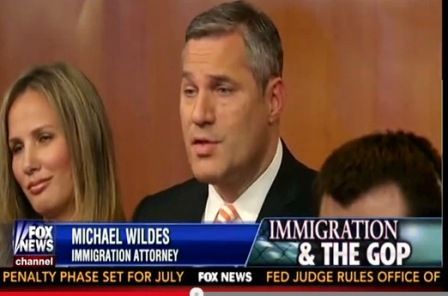 Michael Wildes, a former federal prosecutor stated: “This marks the end of a remarkable journey for a couple who stuck their necks out for our interests. When I was approached by the FBI to step into this delicate matter I was honored to assist and guide this to a favorable conclusion. Individuals who are used as assets by our law enforcement and intelligence services place themselves in great jeopardy and deserve the protection and safety of our nation.”

Janosh Neumann had this to say:

“We wanted to say thank you to Michael Wildes, his family, his team  for over a year of dedicated hard work, time and all the effort put forth  to succeed in this case. Michael, we greatly appreciate your professional help, personal involvement and friendship. Without your personal  involvement and hard work it would have not been possible for us to secure our status. Michael Wildes and his firm’s expertise and experience helped us and together with our attorney Judy Snyder, we were able to reach a deal with ICE and USCIS.  Wildes’s professionalism and commitment meant a lot to us, and Michael Wildes and his firm provides a life example of how the U.S. legal system should function! We are absolutely sure, that Michael Wildes is one of the best immigration attorneys in the Country. Michael, you have a unique knowledge and ability to fix and resolve very complicated and unresolveable immigration situations and cases. I am personally honored to have you as an attorney and a friend.”

More than fifty six years since its inception Wildes & Weinberg continues to service a distinguished domestic and international clientele and covers all areas of U.S. immigration law, including employment and investment-based immigration, work permits, permanent residence for qualified individuals, family-based immigration, asylum applications, all temporary and permanent type visas, and US citizenship. Despite difficulties currently being encountered in dealing with U.S. immigration authorities, the firm has maintained an extraordinary track record for success in its cases.