Founding Partner Leon Wildes represented English Singer Joe Cocker, who was known for his gritty voice, spasmodic body movements, and distinctive versions of popular songs.  These covers included the Beatles “With a Little Help from My Friends,” which Cocker performed live at Woodstock in 1969. On a recent outing, Leon and Michael, the firm’s Managing Partner, headed to Bethel Woods Center for the Arts, an amphitheater, performing arts center and museum located at the site of the 1969 Woodstock Music & Art Fair in Bethel, New York. Together, this father and son immigration duo have represented many recording artists including John Lennon, Sara Brightman, and Boy George, among many other talented individuals. 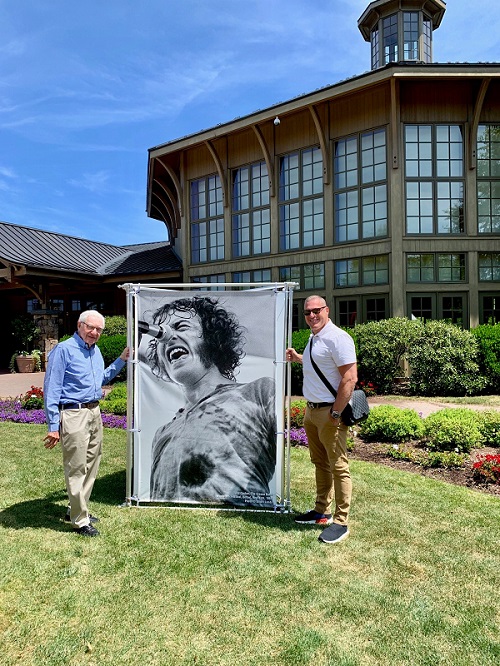 Leon Wildes’ long-awaited memoirs of the case, aptly titled John Lennon vs. the U.S.A., is published by Ankerwycke Books, an imprint of ABA Publishing, a division of the American Bar Association.

Since the book’s launch in August 2016, nearly 5000 copies have been purchased. Leon and his son Michael Wildes, the Managing Partner of the firm who also wrote the foreword to the book, have appeared on dozens of TV and radios shows including Good Day NY, The Michael Stolar Show, and The Lawrence O’Donnell Show, and more than 1000 people have attended a “Conversation with Leon Wildes”, at noteworthy institutions such as The Benjamin N. Cardozo School of Law, Congregation Kehilath Jeshurun, and The Lower East Side Tenement Museum. The book has been reviewed and discussed by Rolling Stone, Billboard Magazine, The NY Post, and many other impressive periodicals.

Michael is the firm’s Managing Partner and is also currently serving his third term as Mayor of Englewood, New Jersey. Moreover, he is the author of Safe Haven in America: Battles to Open the Golden Door, which draws on over a quarter of a century of his practice in the immigration field, is an Adjunct Professor at the Benjamin N. Cardozo School of Law in New York, and serves as Counsel to Lincoln Center and several international/corporate law firms. Michael is internationally renowned for his successful representation of distinguished individuals and corporate clients such as performing artists, directors, writers, models, actors/actresses, athletes, race car drivers, fine artists, art dealers, curators, musicians, photographers, stylists, and literary agents. Some of the firm’s other distinguished clients include scholar Rabbi Lord Jonathan Sacks, as well as soccer icon Pele, Master Chef Jean-Georges and First Lady Melania Trump and her family.