leon wildes op-ed to the new york times circa 1972

On December 4, 1972, Founding Partner Leon Wildes, who also served as the President of the New York Chapter of the Association of Immigration and Nationality Lawyers penned an op-ed on the Workings of the Immigration Law to the New York Times. 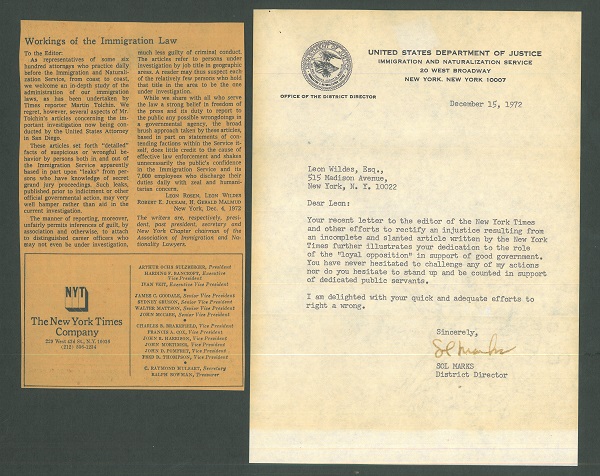