Wildes & Weinberg, P.C. Managing Partner Michael Wildes is pleased to announce that Michael DiRaimondo, Esq. and his team will be joining the firm Of Counsel. 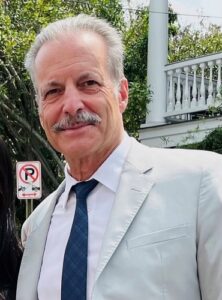 Michael DiRaimondo graduated from Antioch Law School in 1980 and was admitted to practice law in 1981.  For more than four decades, Michael has represented scores of clients throughout the New York area with regard to removal cases, green card applications, adjustment of status petitions, asylum, naturalization, and immigration litigation.  He has appeared before 10 circuit courts, has experience with habeas corpus actions, consular processing, and appeals to the Board of Immigration Appeals.  In addition, Michael DiRaimondo has defended clients in affirmative asylum cases, defense of asylum cases in removal proceedings, and judicial review of asylum denials in the BIA and Circuit Courts. His cutting-edge case strategies have offered his clients enormous wins.

Prior to forming his own firm in 1987, Michael served as a Special Assistant United States Attorney for the Eastern District of New York from March 1983-1986 where he handled review of all administrative decisions by the former Immigration & Naturalization Service, over 400 habeas corpus petitions, numerous mandamus, and declaratory judgment actions as well as revocation of naturalization cases. He also served as a Trial Attorney for the US Immigration & Naturalization Service from 1980 – 1983.

We are honored that this seasoned and prominent attorney has joined our firm and look forward to many more successful wins for our clients.  Michael DiRaimondo will be located in our New York City office.