Managing Partner Michael Wildes is pleased to announce that Spencer Matthews of the reality Television series, “Made in Chelsea” has been approved for travel to the United States.  Mr. Wildes was helpful in resolving Mr. Matthew’s issues with the US Embassy in London. 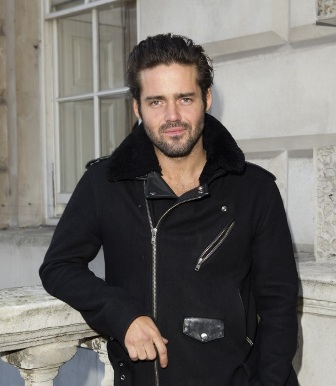 Founded in 1960, Wildes & Weinberg P.C. is the premier law firm in the United States concentrating exclusively on the immigration and nationality field.  The firm grew out of the practice of the father of Michael Wildes, Leon Wildes, Esq., a distinguished immigration practitioner in New York City who represented former Beatle John Lennon and his artist wife Yoko Ono  in deportation proceedings. Its original clientele consisted of individuals, rather than corporations, who had been placed in deportation or exclusion proceedings or were otherwise in jeopardy.  The practice expanded steadily as word of its outstanding achievements in individual cases spread in the international community attracting clients from around the world.

Today the firm continues this illustrious tradition with a staff over 40 individuals, all experts in the field of U.S. immigration and nationality law, in its New York City, Englewood, New Jersey, and Miami, Florida offices.  Other notable clients of the firm include song-writer Chris Braide, Joe Cocker, Johnny Rotten, Paloma Picasso, the 2013, 2011, 2010, 2009 and 2008 Miss Universes, supermodel Giselle Bundchen and Sarah Brightman, the world’s bestselling female classical artist of the twenty-first century. The firm is known for its prompt and efficient service.  Despite its steady growth over the past 55 years, the hallmark of the law practice remains the individualized attention to its clients’ needs.

For more information on the options available for living and/or working in the United States, please visit our Immigration 101 page or contact Managing Partner Michael Wildes at michael@wildeslaw.com