Ms. Natalie Stone is an extremely versatile actress having performed in the arenas of film, theater, television programs, commercials, and voiceovers. Over the course of her acting career, Ms. Stone has established herself as a highly accomplished actor and has sustained her acclaim over time in both the United States and in the United Kingdom. She has amassed an impressive list of credits in this regard and has demonstrated a record of extraordinary achievement in the motion picture and television industry.  Notably, Ms. Stone has been classified as an alien of extraordinary ability by U.S. Citizenship and Immigration Services and has been approved for the O-1 visa on three previous occasions.

Recently, Natalie Stone finished filming the Comedians Guide to Survival,  a British comedy starring James Buckley (from The Inbetweeners) and Myana Buring alongside the comedy greats Gilbert Gottfied, Jimmy Carr, Omid Djalili, Paul Kaye, Luenell, to name a few. In 2014, Ms. Stone performed a lead role in the horror film, The Crypt. This film had its world premiere at Fantasporto, regarded among the top 25 film festivals in the world. In 2011, Ms. Stone was in Wilde Salome, alongside and under the direction of, world renowned actor Al Pacino.  In 2008, Ms. Stone held the lead role of “Lady Anna Heresford” in the action-adventure film Allan Quatermain and the Temple of Skulls. Ms. Stone starred alongside prominent South African actor Sean Cameron Michael. This film, directed by Mark Atkins, is based upon the story that inspired Indiana Jones. Perhaps one of Ms. Stone’s most widely known roles is her lead performance in 30,000 Leagues Under the Sea (2007), directed by Gabriel Bologna. She appeared as the lead character “Lieutenant Commander Lucille Conciel”  in this sci-fi/action classic film, alongside Lorenzo Lamas as “Captain Nemo”. Ms Stone has held  roles on series such as Eat My Sports and Comedy Brew, both produced by David Goldman for the prominent Comedy Time Network.

Ms. Stone’s performances demonstrate that she has held starring roles for organizations that have distinguished reputations. These production companies and major media networks produce films, TV programs, and commercials that are viewed by an expansive audience both regionally and around the globe.  To date, Ms. Stone’s titles have been released in several countries throughout the world including the U.S., Australia, Canada, Mexico, Japan, Thailand, Russia, the UK, France, and Greece.

Michael Wildes was honored to have worked with Ms. Stone in obtaining her new O-1 visa so that she may continue her outstanding career in the U.S. 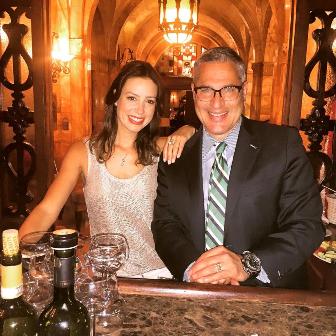