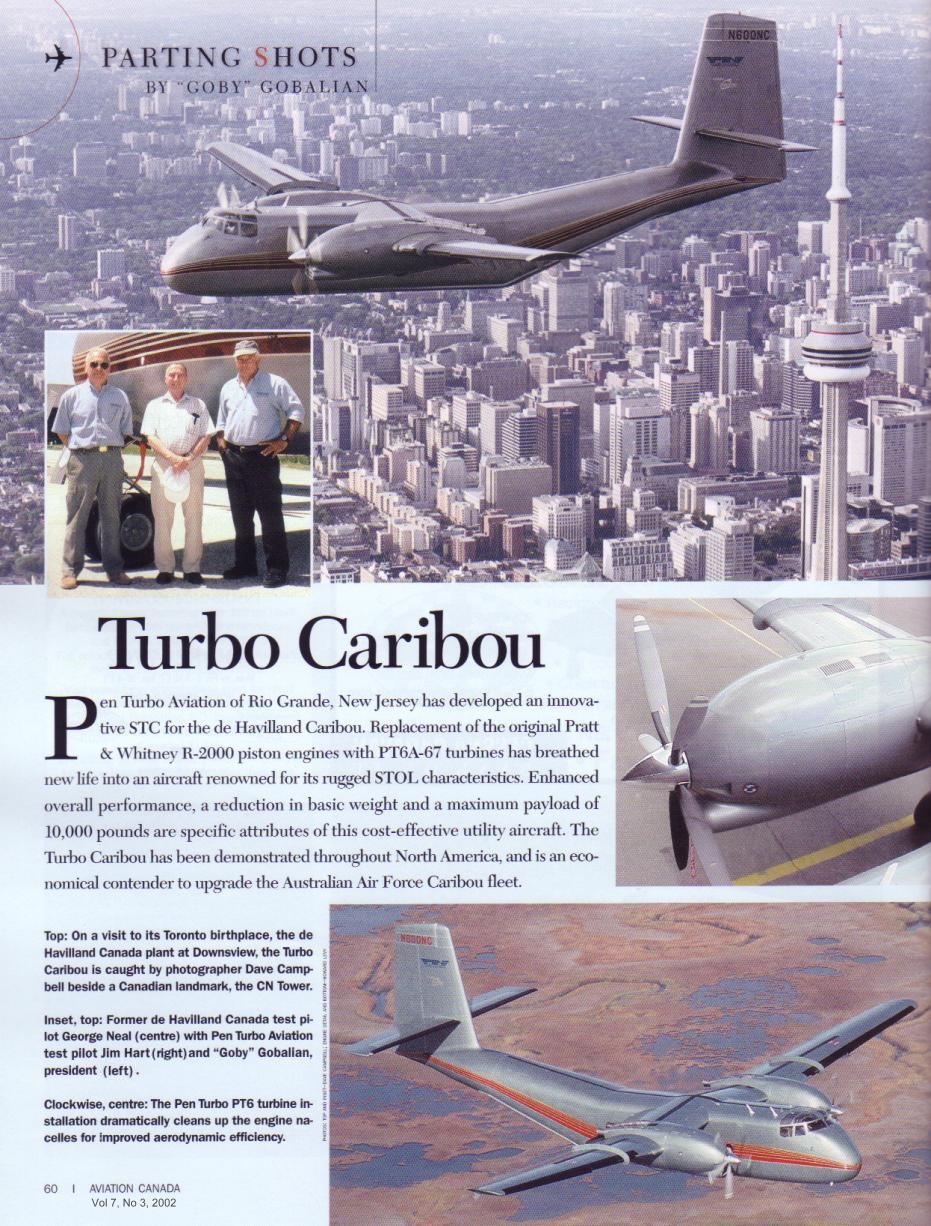 Managing Partner Michael Wildes is pleased to announce that Wildes & Weinberg P.C. has secured an E-2 visa approval for his client, Mr. Roupen “Goby” Gobalian, the major shareholder of Pen Turbo Aviation. The E-2 classification was recently granted by the U.S. Consulate in Toronto and will allow Goby the opportunity to assume the position of President for PEN Turbo Aviation.

The DHC-4A Caribou was manufactured by deHavilland Aircraft of Canada between 1959 to 1972, as a highly specialized STOL (Short Take Off &Landing) transport aircraft able to operate from rough and unprepared runways.  Civilian and military organizations for many years operated this aircraft, the U.S. Army/USAF being the largest operator with 160 aircraft (now retired) that served with distinction during the Vietnam conflict.

Mr. Gobalian is the originator of the Turbo Caribou variant of the legacy aircraft, which has been awarded Supplemental Type Certification by Transport Canada and the Federal Aviation Administration and is now being produced by PEN Turbo Aviation.

Mr. Gobalian has more than 35 years of training and work experience in aviation technology and related areas.  He completed an Aircraft Maintenance Training courses at Centennial college Ontario and deHavilland Aircraft of Canada Limited.  In addition, Mr. Gobalian was awarded an Aircraft Maintenance Engineers License from Transport Canada in August 1973, as well as an AME License and a Private Pilot License from the same institution in 1969.  He received an FAA Airframe & Powerplant Mechanic License in 1976, and an FAA Inspection Authorization License in 1985.

Treaty Investor (E-2) classification is for citizens of countries with which the United States maintains treaties of commerce and navigation.  In order to qualify for this classification the applicant must be entering the United States individually or as the qualified employee of a company to solely develop and direct the operations of an enterprise in which a substantial amount of capital has been invested, or is actively in the process of being invested.  Further, the applicant must show that 1) the investment is “substantial”, 2) the enterprise is a real operating commercial enterprise and 3) the enterprise is more than a marginal one solely for earning a living.

For more than five decades, the firm of Wildes & Weinberg, has concentrated its practice in all aspects of U.S. immigration and nationality law, servicing the immigration needs of prominent American and International firms, banks, industrial, financial and manufacturing concerns and law firms in connection with the personnel needs of their foreign national employees.

For more information on the E-2 visa category or any other US Immigration related question, please visit our michael@wildeslaw.com