Managing Partner Michael Wildes is pleased to announced that Wildes & Weinberg recently secured P-1B visas for The Youth Symphony Orchestra of Venezuela (as well as P-1S visas for the accompanying chaperones) so that they may perform as part of Lincoln Center’s First Annual Global Exchange (#artpropelstheworld).  The Youth Symphony Orchestra of Venezuela is the flagship product of El Sistema in Venezuela and made its debut in 2007 at the BBC Proms, an eight-week summer season of daily orchestral classical music concerts and other events held annually, to critical acclaim. The concert was broadcast live on BBC Radio 3 and deferred live on BBC Four TV. The Youth Orchestra  has performed at prestigious events such as The Salzburg Festival, and are now considered key participants in the Lincoln Center Global Exchange.  The goal of the Lincoln Center Global Exchange Conference is to create and promote an effective global community of scholars to represent the field and its committed practitioners everywhere, and to advance cultural studies, projects, approaches, and methodologies throughout the world. The Global Exchange Conference provides a unique opportunity for bringing together international leaders focused on advancing the essential, catalyzing role of art and culture around the world. Live performances will illuminate discussions among influential voices in business, government, education, media, science, and the arts. 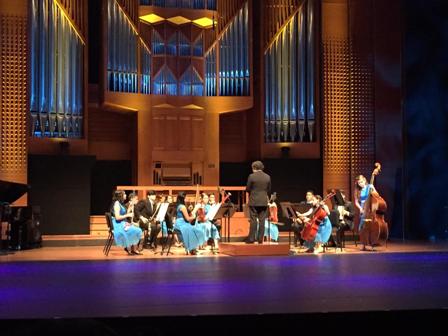 According the Michael, it is his honor to represent an iconic institution such as Lincoln Center with regard to their U.S. Immigration needs. The 16 acre complex is home to the world’s leading performing arts center as well as 11 resident arts organizations that represent the highest standards of excellence in symphony, opera, chamber music, theater, dance, film, and arts education.