Managing Partner Michael Wildes is delighted to announce that the law firm of Wildes & Weinberg has secured O-1 and O-2 approvals for a group of talented Israelis to perform the award-winning play “Michael” throughout the U.S.

“Michael,” deemed a “cult classic” by Time Out Israel, won the 2009 Fringe Theatre Award for Play of the Year, Best Performance and Best Director, and has been long awaited by the theatre and productions community in the U.S.

For these performances, the firm has secured visas for lead actor Assi Cohen, five supporting actors and two crew members. Assi Cohen is a renowned Israeli comedian and actor that has dazzled audiences around the world with his versatile theatre, television and movie performances. He gained critical acclaim through his appearances in films like Colombian Love, Love Hurts, and Loaded, and through his roles in popular television shows like Prisoners of War, which was adapted into the celebrated U.S. series Homeland; The Parliament; Dig and Eretz Nehederet, the Israeli version of Saturday Night Live.

Mr. Wildes is honored to have secured O-1 and O-2 visa classifications for these talented individuals and wishes them the best of luck on their upcoming performances. 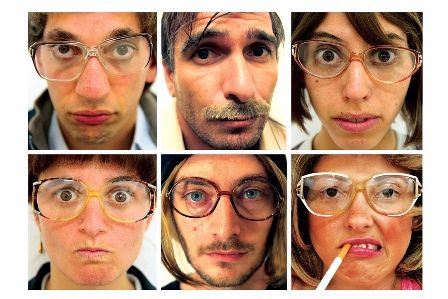 The O-1 Visa allows foreign nationals with extraordinary abilities in the sciences, arts, education, business or athletics to lawfully work and live in the U.S. for a period of time. Foreign nationals who have achieved and maintained an impressive national or international reputation in your field, may be eligible for an O-1 visa based on their acclaim.

For more than five decades, the immigration law offices of Wildes & Weinberg has concentrated its practice in all aspects of U.S. immigration and nationality law, servicing the immigration needs of prominent American and International firms, banks, industrial, financial and manufacturing concerns and law firms in connection with the personnel needs of their foreign national employees.  In addition, the firm has a distinguished clientele and has done substantial immigration work for investors, scientists, physicians, scholars, bankers, performing artists, directors, writers, models, actors/actresses, athletes, fine artists, art dealers, curators, and literary agents.

As with all immigration matters, it is best to consult with an experienced attorney to ensure that the complicated waters of the U.S. immigration system are being navigated properly.  Please contact Managing Partner Michael Wildes at michael@wildeslaw.com  with any questions.