o-1 and o-2 approved for designer and team

Managing Partner Michael Wildes is pleased to announce that he has once again secured an O-1 visa approval for UK national Sam Gainsbury and members of her team.

Sam Gainsbury is a world-famous designer and producer of fashion shows, exhibitions, and high-end corporate events.  Together with Anna Whiting, they founded their full-service production and creative consultancy company, Gainsbury & Whiting, in 2000.

Sam Gainsbury and her team have produced and provided creative consultancy for innovative fashion shows and events for some of the world’s most prestigious fashion houses and companies, including Alexander McQueen, Stella McCartney, Christopher Kane, Lanvin, Tom Ford, Adidas by Stella McCartney, Diesel, Louis Vuitton, and Calvin Klein among many others. They are constantly sought out by leading brands and companies for their expertise.

Sam Gainsbury received much press attention and recognition for her role as Design Consultant for the record-breaking “Alexander McQueen: Savage Beauty” exhibition at the Metropolitan Museum of Art’s Costume Institute, which is among the 10 most visited shows in the museum’s history, with over 650,000 visitors. In 2013, Sam Gainsbury once again also provided her experiential design expertise to the Met Museum, for its “Punk: Chaos to Couture” exhibition, which was similarly popular as one of the most popular Met exhibitions.

The O-2 visa is available for individuals who will accompany an O-1, artist, or athlete, to assist in a specific event or performance. 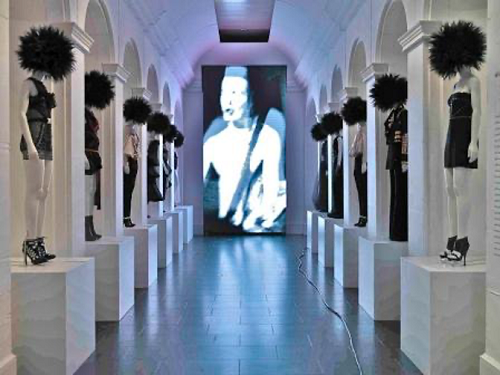