Managing Partner Michael Wildes is pleased to announce that he has secured an O-1 visa approval for Sam Gainsbury, world-famous designer and producer of fashion shows, exhibitions, and high-end corporate events. Wildes & Weinberg has also secured O-2 visas for Anna Whiting and Camila Klich, who work closely with Ms. Gainsbury. Hailing from the United Kingdom, Sam Gainsbury and Anna Whiting founded their full-service production and creative consultancy company, Gainsbury & Whiting, in 2000.
Sam Gainsbury and her team have produced and provided creative consultancy for innovative fashion shows and events for some of the world’s most prestigious fashion houses and companies, including Alexander McQueen, Stella McCartney, Christopher Kane, Lanvin, Tom Ford, Adidas by Stella McCartney, Diesel, Louis Vuitton, and Calvin Klein among many others. They are constantly sought out by leading brands and companies for their expertise.
Sam Gainsbury received much press attention and recognition for her role as Design Consultant for the record-breaking “Alexander McQueen: Savage Beauty” exhibition at the Metropolitan Museum of Art’s Costume Institute, which is among the 10 most visited shows in the museum’s history, with over 650,000 visitors. In 2013, Sam Gainsbury once again also provided her experiential design expertise to the Met Museum, for its “Punk: Chaos to Couture” exhibition, which was similarly popular as one of the most popular Met exhibitions.
Anna Whiting, Executive Producer at Gainsbury and Whiting, commented:
Michael Wildes and his team provided Gainsbury and Whiting with a faultess service. Their expertise and support were invaluable, resulting in a successful application. We cannot thank them enough for their determination and patience 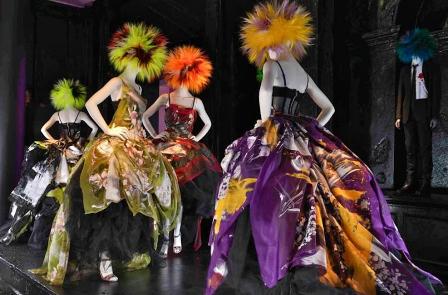 In order to qualify for an O-1 visa, which allows individuals of extraordinary ability in the arts, sciences, athletics, education or business to live and work in the United States, a foreign national must provide adequate documentation to demonstrate that he/she has sustained national or international acclaim in their field. The individual must provide substantial evidence to prove that he/she meets 3 of the 6 evidence categories defined by statute, as well as a written advisory opinion from a labor union or relevant peer group. The O-1 visa applicant must also show that he/she has an offer of employment in the United States to work in his/her field of expertise (or several offers of employment from multiple sources, along with a third-party Agent to petition on the individual’s behalf and connect him/her to the multiple employers).
O-2 visas are given to qualifying individuals who are seeking to enter the U.S. for the purpose of assisting the performance of an O-1 visa holder or O-1 visa applicant (O-1 and O-2 visas can be applied for concurrently). O-2 visas are available to individuals supporting O-1s in the field of arts, athletics, film, or television. It must be established that the O-2 applicant has worked extensively with the O-1 principal, and that the O-2 applicant has critical skills in his/her field. The O-2 applicant must be seeking to enter the U.S. to work alongside the O-1 principal applicant.
For over 50 years, the firm of Wildes & Weinberg has concentrated its practice in all aspects of U.S. immigration and nationality law, servicing the immigration needs of prominent American and International firms, banks, industrial, financial and manufacturing concerns and law firms in connection with the personnel needs of their foreign national employees.  In addition, the firm has a distinguished clientele and has done substantial immigration work for investors, scientists, physicians, bankers, performing artists, directors, writers, models, actors, athletes, fine artists, art dealers, curators, and literary agents. 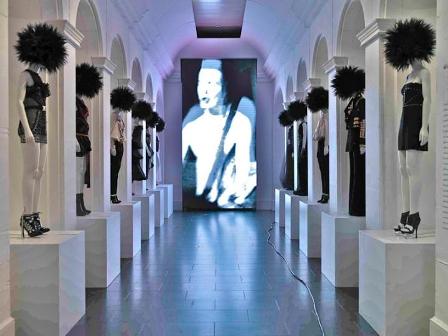 For more information on the O-1 visa category, which allows individuals of extraordinary ability in the arts, sciences, athletics, education and business to live and work in the United States, please visit our Immigration 101 page or contact Managing Partner Michael Wildes at michael@wildeslaw.com.