Managing Partner Michael Wildes is proud to announce the new O-1 petition approval obtained on behalf of a very successful model manager, Ms. Nurit Or Gal. After building a strong foundation for her career in her native Israel, Ms. Or Gal established her own agency Dejavu Management, which has since garnered international renown.  She has represented many of the most successful models in Israel, including the likes of Moran Atias, Sharon Genish, Rotem Sela, Liraz Dror, Tal Berkovich, Ruslana Rodina, Meirav Rasumni, Karin Cohen, and Gaya Gelshstein.

Under the guidance of Ms. Or Gal, her fashion models have gone on to achieve international careers. Some notable examples of jobs that Ms. Or Gal has secured for her models include Cassidi Boutique, Expose Lingerie and Swimwear, Men’s Health Italy, Pull and Bear, MAC cosmetics, Honigman, Twenty Four Seven, PUPA Milano, Old Spice, Boss, Aston Martin, and international apparel brand Gerry Weber, as well as appearances in the most popular fashion and lifestyle magazines in Israel—Laisha Magazine, Blazer Magazine, Pnai Plus, Signon, and At Magazine. Moreover, Ms. Or Gal has negotiated contracts for her models to work with prominent agencies around the globe, such as Elite Model Management Miami, Fashion Model Management Milan, Uno Barcelona, IMG Worldwide, and Louisa Models Germany. 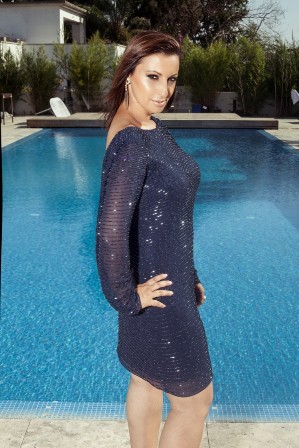 Over the course of her distinguished career, Ms. Or Gal has been interviewed and written about in many press articles published in the most widely read newspapers and magazine in Israel—Yediot Aharonot, Hamekomon Tel Aviv, Ma Karah, Maariv, and Laisha Magazine. She has also been invited to appear on television shows to offer her expertise on modeling and the fashion industry for Israel’s The Fashion Channel, The Guy Pines Show, Channel 2 Israel and Channel 10. All of these remarkable achievements led to her being offered a position with an agency in the U.S. so that she could bring similar success to fashion models in the United States. Due to her outstanding success, she was approved for O-1 visa classification, which is awarded to individuals of extraordinary ability; namely, those who have acquired significant recognition in their respective field.

Mr. Wildes is honored to have secured O-1 visa classification on behalf of Ms. Nurit Or Gal so that she can extend her expertise to fashion models in the United States.

In order to qualify for an O-1 visa which allows individuals of extraordinary ability in the arts, sciences, athletics, education or business to temporarily live and work in the United States, a foreign national must demonstrate that he/she has sustained national or international acclaim in their field of endeavor. The individual must provide substantial evidence to prove that he/she has received a major internationally recognized award, or that he/she meets at least 3 of the 6 evidentiary categories as defined by statute. The applicant must also provided a written advisory opinion from a labor union (if one exists for the field) or a relevant U.S. peer group.

The O-1 visa applicant must also show that he/she has an offer of employment to work in his/her field of expertise in the United States. If the applicant has several offers of employment from multiple sources, he/she may file under the petition of a third-party Agent who will stand as the designated representative of both the individual and the employers. Alternatively, the applicant may hold concurrent O-1 visas to work under multiple direct employment petitions. Furthermore, as an alien of extraordinary ability, an individual seeking permanent residence in the United States may be eligible for a green card. The EB 1-1 visa, also known as the EB 1-A or Extraordinary Abilities Visa, is available to an immigrant who can persuasively demonstrate being at the very top of his or her field.