Mr. Kliffer has won the Dora Mavor Moore Award in Toronto, Canada, and will be coming to New York to work on the smash show for kids, ‘The Very Hungry Caterpillar’, which starts its re-mount in September at the DR2 Theatre.

After graduating from a prestigious Triple Threat Academy for the Performing Arts in Toronto, having an illustrious performance career and working at The Second City, Mr. Kliffer began his company Kliffer Entertainment. He began by producing his monthly comedy show Mixed Company.  The show features some actors on script and the others improvising, and has featured numerous celebrity performers such as Scott Thompson of Kids In the Hall, Jayne Eastwood, Colin Mochrie, Degrassi High stars, and others.  This show, with 16 actors at each performance, has been playing for 4 years at a comedy bar in downtown Toronto and never stops attracting talent who seek to perform to its vast repeat and non-repeat audience.  The Torontoist magazine awarded this a ‘Critics Pick,’ and the important Canadian Comedy Awards nominated it as Best Variety Show in their yearly competition in the year 2015. In 2016, his creation, ‘One Night Only:  The Greatest Musical Never Written’, an improvised full-length musical, was produced in Toronto in a large independent theater, garnering 4 Dora nominations and the Audience Choice Award.  Mr. Kliffer’s advocacy paved the way for improvisational theater to be considered by the Dora Jury.  One of the actresses in One Night Only received the Toronto Theater Critics Award.  Mr. Kliffer was then engaged as Lead Producer for the arts venture capital company Kabin.  Mr. Kliffer acquired and produced La Chasse-Galerie (The Wild Hunt Bewitched; A Quebec folk tale).   Chasse-Galerie played to outstanding success in a highly important theater in Toronto, Soulpepper.  This show also garnered nominations and awards including the Doras and Toronto Theater Critics Association Awards.

We welcome Mr. Kliffer to the exciting and diverse stages of Broadway, Off-Broadway and regional theatres across America, and are extremely honored to have been part of his path to the US. He is one to watch! 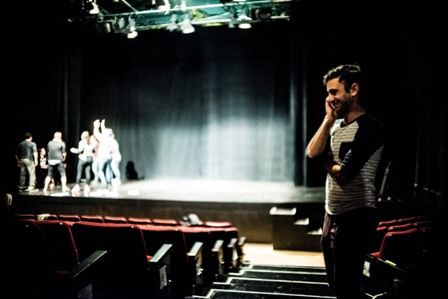