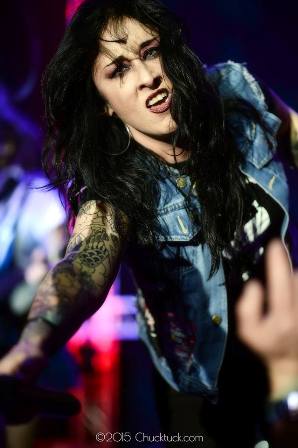 Michael Wildes, Managing Partner of Wildes and Weinberg, known as the immigration attorney to the stars, is proud to announce that an O-1 visa has been petitioned for and obtained on behalf of Amber Spence, lead signer of the international sensation “Hell’s Belles.”  Hell’s Belles are internationally recognized as the number one tribute band to rock-n-roll legends AC/DC.  They have received glowing reviews from numerous international mass media outlets such as: the Examiner, L.A. Weekly Blender, Anchorage Press, Zillo (Germany) .  The ultimate review of Hell’s Belles came from Angus Young himself who was quoted in Blender magazine as saying: There was an all-girl cover band in America, Hell’s Belles. I’ve had people say to me, “How come you ripped off that band’s song Highway to Hell?”

Mr. Wildes is honored to have secured the O-1 visa classification for Amber Spence, a welcome addition to the American music scene.

Over the past 58 years, Wildes & Weinberg, P.C. has concentrated its practice in all aspects of U.S. immigration and nationality law, servicing the immigration needs of prominent American and International firms, banks, industrial, financial and manufacturing concerns and law firms in connection with the personnel needs of their foreign national employees.