Managing Partner Michael Wildes is delighted to announce his representation of Mr. Antonio Fragoso, an extraordinary Copywriter in the filed of marketing and advertising, and the securing of an O-1 Visa on his behalf based on his outstanding success in business.

Mr. Fragoso is internationally recognized as an outstanding copywriter at only 30 years old, and has worked on some of the most far-reaching campaigns for some of the world’s most well-known brands.

Mr. Fragoso’s employment history speaks for itself.  Originally based in Mexico, Mr. Fragoso worked for prestigious advertising firms such as Pancracio Nacional Publicidad, Olabuenaga Chemistri, and Havas.  Mr. Fragoso led campaigns for such household names as Vivaaerobus, Bic Lighters, Twizzlers, Reese’s, and Cablecom. His uncanny talent for social media-based advertising manifested itself with the popularity of Vivaaerobus’ Vuelo 69 and Great Carnival Sale campaigns, which went viral.  Then, due wholly to Mr. Fragoso’s remarkable contributions, Olabuenaga Chemistri was able to turn Emperador Gamesa’s campaign into Mexico’s first “Lovemark,” a universal marketing concept held as the highest honor in brand development.  Additionally, for his work on BBC’s News Feeder, Mr. Fragoso received aD&AD New Blood Award, one of the most coveted awards in the advertising world.

Mr. Fragoso was equally appreciative stating: “Since our first meeting, Michael proved his knowledge on immigration and clearly explained all my options. After a quick assessment in which they determined I was a potential candidate for an O-1 Visa we started working on gathering all the information for the petition. Michael and Lorraine were both open to questions and council and really helped me on every step. My case closed with an approval and we’re following up on the next steps. I definitely recommend Wildes & Weinberg for any immigration cases.” 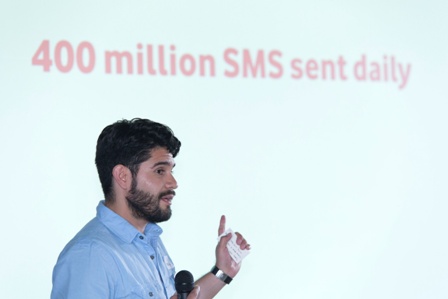 Mr. Wildes was honored to have secured O-1 Visa Classification for Mr. Fragoso so that he may continue to bring his expertise in copywriting to the United States.  With the help of Wildes & Weinberg, P.C., Mr. Fragoso will continue to innovate the field of marketing.

With offices in New York, New Jersey and Florida, Wildes & Weinberg, P.C., is a premier law firm concentrating in the immigration and nationality field.  The firm originated as the solo practice of Leon Wildes, Esq., a distinguished immigration practitioner in New York City, and has become a national enterprise with international recognition.