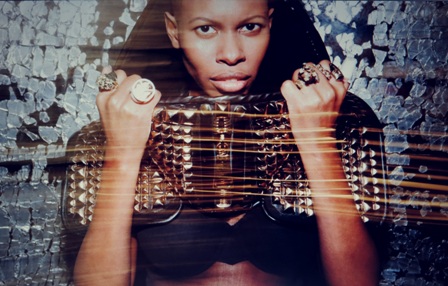 Ms. Dyer has performed under the pseudonym “Skin” for several decades, garnering an international following and performing internationally to rave reviews and with multiple albums that have sold over 5 million copies. The band’s first single, “Selling Jesus” was featured on the soundtrack of the film Strange Days.  Throughout the 1990s, the group toured globally with such bands as: U2, Aerosmith, Feeder, Lenny Kravitz, Bad Religion, Rollins Band, Therapy?, Rammstein, Killing Joke, Soulfly, Sevendust, Oomph!, Muse, Staind, Powerman 5000, Veruca Salt, Marion and A Perfect Circle.

Aside from her renown as lead singer of this internationally acclaimed band, Skin has developed a distinguished reputation as a DJ in her own right separate and apart from her renown as a singer.  It is in this vein that she now enters the United States – to make her mark as a Tech House DJ.

For more than 50 years, Wildes & Weinberg, P.C. has concentrated its practice in all aspects of U.S. immigration and nationality law, servicing the immigration needs of prominent American and International firms, banks, industrial, financial and manufacturing concerns and law firms in connection with the personnel needs of their foreign national employees.

For more information on the O-1 visa category, which allows individuals of extraordinary ability in the arts, sciences, athletics, business and education to live and work in the United States, please visit our Immigration 101 page or contact Managing Partner Michael Wildes at michael@wildeslaw.com.