Managing Partner Michael Wildes is pleased to announce that Wildes & Weinberg P.C. has secured an O-1 visa approval on behalf of Ms. Eunyoung Jung, a highly talented actress from South Korea, based on her extraordinary achievement in the performing arts industry.

Ms. Eunyoung Jung (p.k.a. Bona Jung) has performed in starring roles in South Korea and in the United States, which have received critical acclaim and media attention. Her recent performances include The Weird Tree (at the 2015 NYC International Fringe Festival), the award-winning production Lost in Place (2015 Planet Connections Festivity), and Shakespeare’s A Midsummer Night’s Dream (Classic Stage Company/The Young Company).  Ms. Jung has also starred in the SAG film Viral. Due to her proven talent, Ms. Jung has been invited to share her creative expertise in teaching courses at the New York Conservatory for Dramatic Arts. We look forward to watching Ms. Jung’s career continue to flourish in the United States! 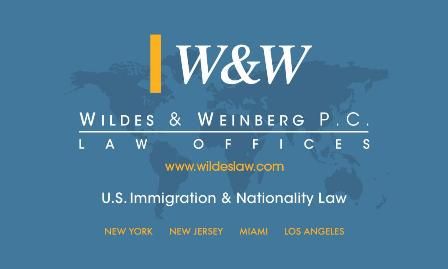