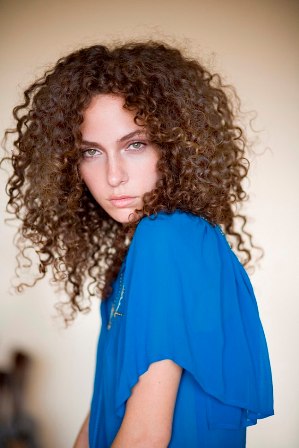 Managing Partner Michael Wildes is proud to announce the new O-1 petition approval obtained on behalf of famed Israeli fashion model, Ms. Matar Cohen. Ms. Cohen has enjoyed a long and successful career in the modeling industry, beginning with her appearance as a finalist in the prestigious Miss Israel competition. Following much success in her native Israel, Ms. Cohen was awarded several H-1B visas to work as a model in the United States. During this time, Ms. Cohen was selected to appear for well-known reality TV shows, “Project Runway” and “Models of the Runway,” which further catapulted her reputation in the modeling world.

Over the course of her distinguished career, Ms. Cohen has appeared for prestigious fashion magazines such as Time Out(Greece), Pulse Magazine (New York Post), La’isha Magazine (Israel), Cosmopolitan Magazine, Oprah Magazine, Interview Magazine, Women’s Health Magazine, Lucky Magazine and Instyle Magazine among others. She has also modeled for prominent brands such as Facebook, Bluefly, Beauty.com, Olay, Lays Chips, Living Proof, Macy’s, Visa, Makeup For Ever, Nars, and Lord & Taylor. Working for such distinguished brands bolstered her qualifications for the O-1 visa, which is awarded to individuals of extraordinary ability; namely, those who have acquired significant achievement and recognition in their respective field.

Ms Cohen was equally pleased stating: “If you want to get the real version of the TV show “SUITS”, this is the place! I worked with Michael Wildes and his firm to renew my O-1 modeling visa and would like to express my deep satisfaction with the service.

The process was quick and efficient. Michael and his Paralegal, were very professional and quick to respond to emails and provide necessary information and documentations. Michael went above and beyond to explain my legal options and give his personal advice. He pays attention to detail and thinks creatively. I received my approval very fast and with no issues! BEST IMMIGRATION LAWYER IN NYC!”

Mr. Wildes is honored to have secured this 0-1 visa classification for Matar Cohen so that she may continue to strengthen her already outstanding modeling portfolio and continue to work in her area of expertise in the United States.

In order to qualify for an O-1 visa which allows individuals of extraordinary ability in the arts, sciences, athletics, education or business to live and work in the United States, a foreign national must provide adequate documentation to demonstrate that he/she has sustained national or international acclaim in their field. The individual must provide substantial evidence to prove that he/she meets 3 of the 6 evidence categories defined by statute, as well as a written advisory opinion from a labor union or relevant peer group. The O-1 visa applicant must also show that he/she has an offer of employment in the United States to work in his/her field of expertise (or several offers of employment from multiple sources, along with a third-party Agent to petition on the individual’s behalf and connect him/her to the multiple employers).