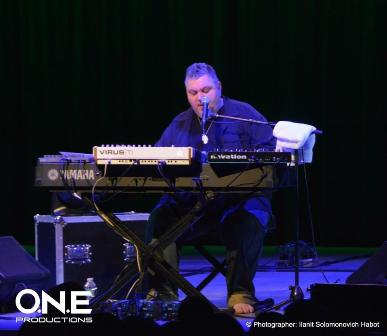 Arkadi has composed songs for many well-known Israeli artists including: Arik Einstein, Nurit Galron, Shlomi Shabat, Rita and Eyal Golan, to name but a few. He has also produced albums for diverse artists in various genres, ranging from the all-out alternative “Carmella Gross Wagner” to mainstream folk for Leah Shabat. Arkadi’s deep intrigue and unquenched thirst for new challenges also led him to compose music for Cinema and Theatre: “Smicha Chashmalit Ushma Moshe” (An Electric Blanket Named Moshe) with Assi Dayan, “Sochrei Hagumi” (The Rubber Tradesmen) by Chanoch Levin, “Tsaleket” (Scar) by Chaim Buzaglo, “Chesed Mufla” (Amazing Grace) by Amos Guttman, and numerous others.  His list of awards is numerous. In 2002 Arkadi won Best Composer and Arranger, by Golden Feather Awards, in 2001 he was awarded Singer of the Year, by “Galey Tsahal” and “Reshet Gimel” (two leading radio stations) and in 1999 he was named Theatre’s Composer of the Year.  As of today, over 700,000 of Arkadi’s albums have been sold in Israel alone.

Mr. Wildes is honored to have secured the O-1 visa classification for Arkadi, a welcome addition to the American music scene. 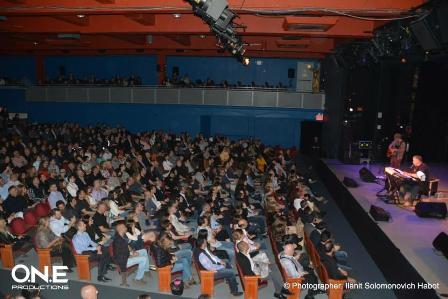 Over the past 54 years, Wildes & Weinberg, P.C. has concentrated its practice in all aspects of U.S. immigration and nationality law, servicing the immigration needs of prominent American and International firms, banks, industrial, financial and manufacturing concerns and law firms in connection with the personnel needs of their foreign national employees.

For more information on the O-1 visa category, which allows individuals of extraordinary ability in the arts, sciences, athletics, business and education to live and work in the United States, please contact Managing Partner Michael Wildes at michael@wildeslaw.com