Managing Partner Michael Wildes is pleased to announce that Wildes & Weinberg has secured an O-1 visa approval on behalf of Franky Zapata.

Franky Zapata is the undisputed leader in developing and manufacturing hydro- and jet-powered technologies and products. Mr. Zapata was previously a world champion jet ski racer and his experience in that sport led him to establish Zapata Racing and Zapata Group to satisfy his passion of inventing new aftermarket products to make the world’s fastest and most innovative personal water crafts.

In 2012 Mr. Zapata launched the revolutionary Flyboard, kickstarting a niche $200 million Hydroflight sports and Recreation industry. In 2016 Mr. Zapata achieved its proof of concept goal by producing the safest, most reliable, lightest, fastest, and least expensive personal flight system ever created with the unveiling of the Flyboard Air. The Flyboard Air utilizes Mr. Zapata’s proprietary algorithms and balance methodology to direct jet engines to act independently and harmoniously. The performance of the parameters of the Flyboard Air provide undisputed proof that Mr. Zapata’s technology is commercially viable for advanced applications within the military, industrial and medical fields. With more than 40 million views on the web and appearing in the most prestigious commercials in the world, such as for the Super Bowl in the United States, Mr. Zapata and Zapata Group’s reputation is well established. 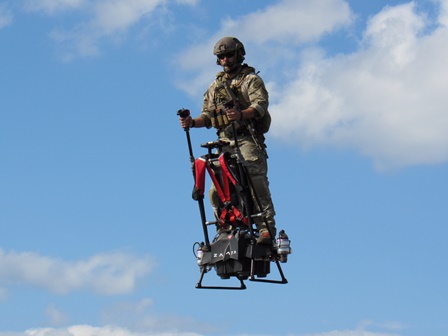 For more than fifty seven years, the firm of Wildes & Weinberg has concentrated its practice in all aspects of U.S. immigration and nationality law, servicing the immigration requirements of prominent American and International individuals and corporations, banks, industrial, financial and manufacturing concerns, and law firms in connection with the personnel needs of their foreign national employees.  In addition, the firm has a distinguished clientele and has done substantial immigration work for investors, scientists, physicians, bankers, performing artists, directors, writers, models, actors, athletes, fine artists, art dealers, curators, musicians, and literary agents.

For more information on the O-1 visa category, visit our Immigration 101 page or contact Michael Wildes at michael@wildeslaw.com