Ms. Vagner began her modeling career with OMSK Modeling School in Russia. Immediately recognizing her great potential, OMSK sent Ms. Vagner’s pictures to Rush Models, a leading scout agency in Moscow and she was quickly signed to their roster. Soon after, she landed a major modeling job with Russian Fashion House, The Dolganeva Sisters. Since that time, Ms. Vagner has achieved much success modeling in various runway shows, advertising campaigns, and catalogs for some of Russia’s most prestigious and sought after brands and designers, to include Natalya Valevskaya, Marina Samodulova (Marush Brand) and Walk of Shame. Natalie Valevskaya is a Russian Haute Couture fashion designer and art historian whose designs have been featured in top magazines such as Vogue, InStyle, Glamour, Harper’s Bazaar, and Grazia. Walk of Shame is one of Moscow’s famed fashion international success stories and named by Vogue to be Russia’s hottest young designer this year. 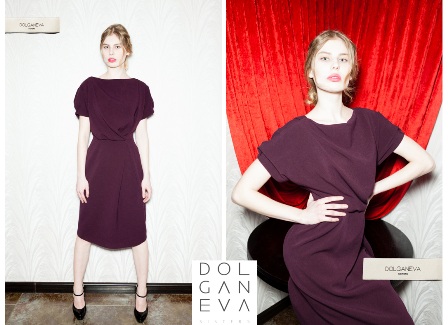 Ms. Vagner soon found herself modeling internationally with Fashion Model Agency Turkey (working for Pantamo Jeans, one of the most distinguished brands in the denim sector) and Elite Models Israel (working for high-end womenswear chain Comme il Faut and haute couture bridal designer, Inbal Dror). In addition, Ms. Vagner’s editorial work with Israeli photographer Eyal Gamili was featured by Photo Vogue on the Vogue Italia website.  Photo Vogue showcases exquisite fashion photos from around the world which are chosen by Vogue’s editorial staff. Considering the fact that Vogue Italia is one the most influential Italian fashion and style magazine in the world, Ms. Vagner’s feature on their site is very significant.

It is due to her proven talent and high demand internationally that APM Model Management has signed an exclusive contract with Ms. Vagner in the United States. 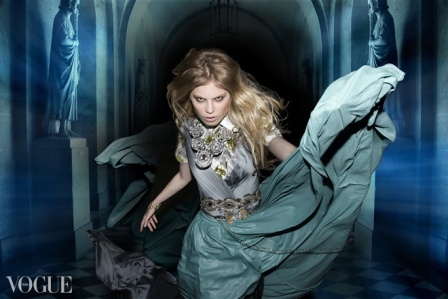 The O-1 nonimmigrant visa is available to an individual who possesses extraordinary ability in the sciences, arts, education, business, or athletics, or one who has a demonstrated record of extraordinary achievement in the motion picture or television industry. The individual must be able to demonstrate sustained acclaim in their field, as one who has garnered national or international recognition for his/her achievements. Ms. Vagner’s outstanding modeling portfolio provided a solid foundation for her qualification for the O-1 visa.

For fashion models, the O-1 requirements may be met by submitting evidence such as: magazine tear sheets, ad campaign work, runway photos, press articles, awards, and/or examples of high rates of compensation. It is also helpful to demonstrate that the model has worked with distinguished model agencies abroad and to provide testimonial letters from prominent individuals in the fashion industry who can confirm the model’s distinctive reputation and work history. The model must have a U.S. employer or agent to sponsor the visa petition and an itinerary of upcoming work in the U.S.

The Wildes & Weinberg firm has a wealth of experience handling O-1 petitions for fashion models as well as many other extraordinary individuals across various industries and areas of expertise. Our team of O-1 experts is available to evaluate an individual’s qualifications and to guide applicants through each step of the process.

For more than 5 decades, the firm of Wildes & Weinberg has concentrated its practice in all aspects of U.S. immigration and nationality law, servicing the immigration needs of prominent American and International firms, banks, industrial, financial and manufacturing concerns and law firms in connection with the immigration needs of their foreign national employees.  In addition, the firm has a distinguished clientele and has done substantial immigration work for investors, scientists, physicians, bankers, performing artists, directors, writers, models, actors, athletes, fine artists, art dealers, curators, and literary agents.