Mr. Richardson’s extensive modeling career began with his winning the distinguished, national title of Mr. World Aruba in 2001, which seeks to identify “the world’s most desirable man.” The Mr. World Aruba competition is covered extensively in national press sources in Aruba, Bonaire, and Curacao and as a result of his win, Mr. Richardson was featured in numerous press articles and secured various appearances for fashion brands and magazines. Shortly thereafter, Mr. Richardson began traveling around the globe and vigorously building his portfolio, working in locales such as the Netherlands, Italy, and France. Mr. Richardson has appeared for major publications such as Squeeze Netherlands, Cosmopolitan Netherlands, and Wannahaves Netherlands. In a 2014 article, Xclusivo Magazine named Mr. Richardson “Fashion Personality of the Year.” Mr. Richardson has appeared in catalogs, presentations, and/or ad campaigns for major brands in various countries, including: Cartier (photographed by Peter Lippman), Courir, Samsung, Tommy Hilfiger Europe, La Redoute, Abercrombie & Fitch, American Vintage, Swarovksi, and Timberland, among others. These high profile assignments as a fashion model paved the way for Mr. Richardson’s O-1 approval, as an individual of extraordinary ability in the arts. We look forward to seeing his continued success in the U.S.! 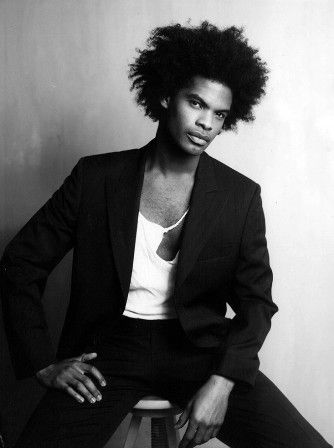 For more than fifty six years, the firm of Wildes & Weinberg has concentrated its practice in all aspects of U.S. immigration and nationality law, servicing the immigration requirements of prominent American and International individuals and corporations, banks, industrial, financial and manufacturing concerns, and law firms in connection with the personnel needs of their foreign national employees.  In addition, the firm has a distinguished clientele and has done substantial immigration work for investors, scientists, physicians, bankers, performing artists, directors, writers, models, actors, athletes, fine artists, art dealers, curators, musicians, and literary agents as well as several Miss Universe Winners.