Managing Partner Michael Wildes is pleased to announce that Wildes & Weinberg P.C. has secured O-1 visa classification on behalf of the renowned set and costume designer Maureen Freedman, based on her extraordinary ability in the arts.

Maureen Freedman is an extremely talented set and costume designer who has worked in her industry for many years. She has created remarkable sets and costumes for critically acclaimed theatrical productions internationally, including at BAM in Brooklyn; the Connecticut Repertory Theatre; and regularly contributes to the Metropolitan Opera productions in New York. Many of the productions she has worked on have won prestigious awards, and dozens of articles and reviews have been published raving about her creations on stage. We look forward to watching Maureen and her great career to continue to excel in the United States!

Mr. Wildes was honored to have secured this 0-1 visa classification for Mayreen Freedman so that she may continue to work in her area of expertise in the United States. 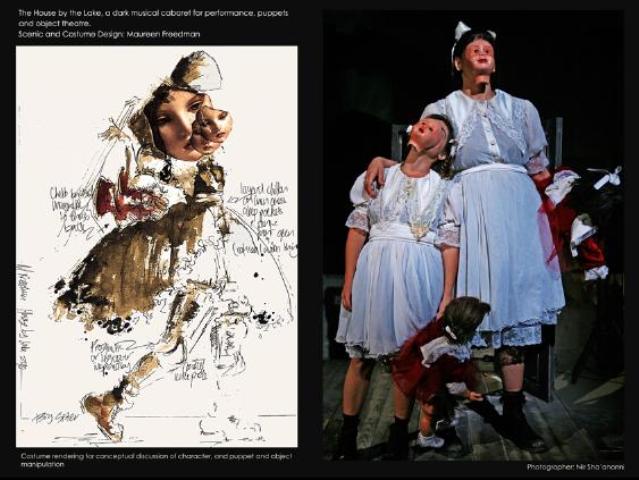 In order to qualify for the initial a O-1 visa which allows individuals of extraordinary ability in the arts, sciences, athletics, education or business to live and work in the United States, a foreign national must provide adequate documentation to demonstrate that he/she has sustained national or international acclaim in their field.

For more than fifty eight years, the firm of Wildes & Weinberg, has concentrated its practice in all aspects of U.S. immigration and nationality law, servicing the immigration requirements of prominent American and International individuals and corporations, banks, industrial, financial and manufacturing concerns, and law firms in connection with the personnel needs of their foreign national employees.  In addition, the firm has a distinguished clientele and has done substantial immigration work for investors, scientists, physicians, bankers, performing artists, directors, writers, models, actors, athletes, fine artists, art dealers, curators, musicians, and literary agents.