Managing Partner Michael Wildes is proud to announce the approval of the petition filed to secure O-1 classification for international tattoo artist, Mike Boyd. Mr. Boyd specializes in cubism tattoos and is one of the pioneers of that industry.

Cubism has been often referred to as the most influential style of art during the 20th century. Inspired by cubism artists like Picasso and Georges Braque, Mike Boyd is set on bringing this beautiful art movement back into the limelight. As confirmed in several renowned tattoo publications, specifically Konbini, “Borrowing inspiration from surrealist and cubist artists of the 20th century, Boyd has ushered the style into the world of permanent ink, erecting vivid Picasso-esque tattoos on the skin.” As he has risen to global fame and recognition as a leading tattoo artist, Mike Boyd has been invited to work as a feature artist at some of the world’s best and most well-known tattoo shops and studios. 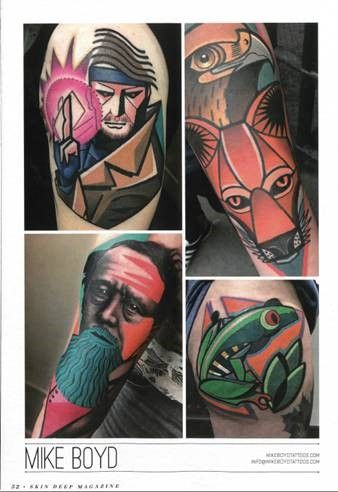