Ms. Renee McDonald who will come to the US to set and rehearse a ballet with the famed Alvin Ailey American Dance Foundation on behalf of the Ailey II company.  Alvin Ailey has sought out Ms. McDonald based on her demonstrated extraordinary ability and acclaim she has received.  For more than forty years, Ailey II has merged the spirit and energy of the country’s best young dance talent with the passion and creative vision of today’s most outstanding emerging choreographers. Started in 1974 as the Alvin Ailey Repertory Ensemble, Ailey II embodies Alvin Ailey’s pioneering mission to establish an extended cultural community that provides dance performances, training and community programs for all people. The critically-acclaimed Ailey II has a distinctive repertory that has included works by dance masters Alvin Ailey, Talley Beatty, Donald Byrd, Ulysses Dove, George W. Faison, Lar Lubovitch, Alvin Ailey American Dance Theater Artistic Director Robert Battle and Artistic Director Emerita Judith Jamison.  Renee McDonald has a demonstrated record of extraordinary achievement, as seen by Ms. McDonald’s voluminous critical reviews which have appeared in some of the most widely-circulated, highly respected publications in Jamaica including The Gleaner, The Jamaica Observer, Tallawah Magazine, Susumba, and The New York Times. Further, she has worked as a choreographer for many of the Caribbean’s most coveted dance companies The National Dance Theatre Company (NDTC), The Company Dance Theater (CDT), L’Acadco, and Dance Theatre Xaymaca (DTX). 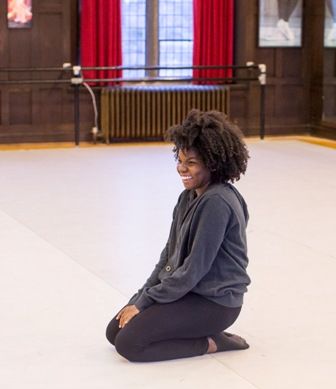