Wildes & Weinberg has secured an O-1B extraordinary ability approval for Ruslan Pelykh, a distinguished Director of internationally recognized fashion films and music videos. The exceptional quality of the films Mr. Pelykh has directed and the remarkable reception of these works, has led him to garner a reputation of excellence in his field.
In order to qualify for an O-1 visa, which allows individuals of extraordinary ability in the arts, sciences, athletics or business, to live and work in the United States, the foreign national must provide adequate documentation to support a claim of extraordinary ability as demonstrated by sustained national or international acclaim; substantial documentation evidencing he/she meets at least 3 of the acceptable evidence categories as defined by statute; a written advisory opinion from a peer group (if applicable); and an offer of employment (or multiple offers of employment, and a third party agent to petition on the individual’s behalf).
Beginning his career in his native Russia, Mr. Pelykh has developed an international reputation throughout the fashion and commercial film industry as a visionary with an outstanding talent for creating exciting and beautiful works. His short films have been recognized at prestigious film festivals around the world such as La Jolla Fashion Film Festival (U.S.), International Fashion Film Awards (U.S.), Fashion Art Toronto, Mercedes-Benz South Africa International Fashion Film Festival, London Fashion Week, and May Fashion Art of Beauty (Russia).  Further, the unique style and impact of his films have been lauded in significant, international industry publications such as SHOW Studio Fashion Film Digest, and Global Film Unit, Spletnik Magazine (Russia), Interview Magazine (Russia), among others. These websites and publications regularly review and endorse innovative trends and top artists, with a focus on the fashion film/arts industry. 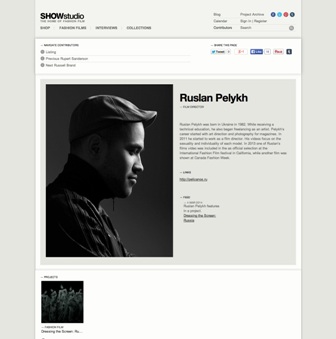 Of particular note, Mr. Pelykh was selected to participate in a first-ever fashion film workshop in Moscow in a unique collaboration between Fashion Film Digest, The British Council and Interview Magazine. In this special project titled “New Russian Fashion in Film”, Mr. Pelykh’s film created for designer ROAD by David Gevorkov, was among the choice few selected to premiere the International Fashion Showcase during London Fashion Week.
Another prime example of his remarkable work involved the video he was commissioned to produce for exclusive use by Vogue Russia, to promote the couture Fall/Winter 2013 collection of prominent Russian designer Ulyana Sergeenko, whose designs have been worn by celebrities such as Dita Von Teese, Lady Gaga, Rita Ora, and Beyonce.
Mr. Pelykh’s incredible talent as a Director has been solicited by several distinguished companies and organizations based upon his outstanding achievements and remarkable reputation in his field and it is in this capacity that his services are now being requested in the United States. 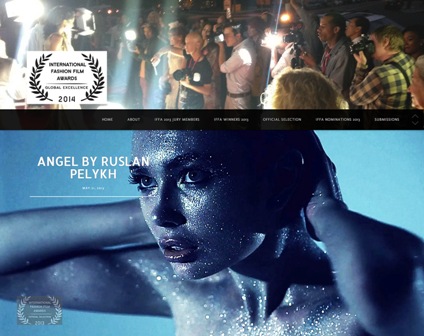 Ruslan commented “Big personal thanks to Michael Wildes and his firm WILDES & WEINBERG, Corinne Durso and Sherzod Tuychibaev! Great team which helped me with my 0-1 visa. Loyal attitude to any questions, eye for details and advertence to client guarantee the best result! I would highly recommend using their services. Great work was done and for me only pleasure to work with this firm! And I am planning to cooperate with WILDES & WEINBERG in future!”
For more than five decades, the firm of Wildes & Weinberg, has concentrated its practice in all aspects of U.S. immigration and nationality law, servicing the immigration needs of prominent American and International firms, banks, industrial, financial and manufacturing concerns and law firms in connection with the personnel needs of their foreign national employees.  In addition, the firm has a distinguished clientele and has done substantial immigration work for investors, scientists, physicians, scholars, bankers, performing artists, directors, writers, models, actors/actresses, athletes, fine artists, art dealers, curators, and literary agents.
For more information on the O-1 visa category, which allows individuals of extraordinary ability in the arts, sciences, athletics, and business to live and work in the United States, please visit our Immigration 101 page or contact Managing Partner Michael Wildes at michael@wildeslaw.com.