Considered by many to be the O visa expert lawyers, Wildes & Weinberg, P.C. Managing Partner Michael Wildes is pleased to announce that the firm has secured O-1 approvals for Mr. Eddie Nuvakhov and Mr. David Levy, the dynamic creative team behind LNC Productions–a boutique production company specializing in video advertising with an emphasis on the art of storytelling and communication. 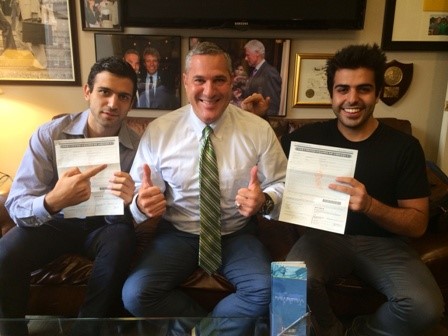 Mr. Nuvakhov is CEO of LNC Productions and is the company’s sole Producer, while Mr. Levy, the company’s COO, holds the role of Director for LNC’s myriad video projects. Over the last seven years, the team has worked tirelessly creating promotional content for some of the most renowned brands and charitable organizations in the U.S.

We are proud to have represented Eddie and David on their immigration journey and we look forward to working with them in the coming years- they truly exemplify the American dream!