Managing Partner Michael Wildes is pleased to announce that the firm has secured an approval of O-1 visa classification on behalf of Jess Burke, who will be working with Zioness, a prominent grassroots organization with more than 30 chapters across the United States, fighting for advancement of social, racial, economic, environmental and gender justice in America.

Originally from Canada, Jess Burke is an activist that focuses on anti-oppression and the inclusion of antisemitism in anti-racism practices. She has worked extensively with Jewish and queer communities across Canada. She advocates for sexual/gender wellness, women in politics, Jewish inclusion, combatting antisemitism in progressive spaces, intersectional feminism, and digital communications. Jess has served on several national boards and committees and has been the recipient of social justice awards. We look forward to watching her robust career continue in the United States and thank Jess for her kind testimonial:

I am a new hire by a US based non-profit that used Michael Wildes’ team for the purpose of an O-1 visa application and I cannot sing their praises enough. Michael is a seasoned professional, thorough, kind, demonstrates a tremendous degree of excellence, and I felt that every step of the intake, application and filing process were intentional, specific, and without a doubt led to success…on the first try. I would highly recommend working with Michael and any of the other wonderful team members at Wildes & Weinberg. Truly a positive experience in every sense! Highly recommended. 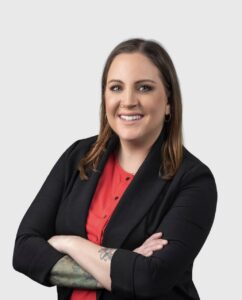