Managing Partner Michael Wildes is pleased to announce that he has secured a renewal of O-1 extraordinary ability visa classification on behalf of music icon Boy George, The front man and lead singer for Culture Club. 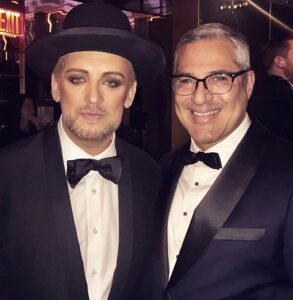 George Alan O’Dowd, p/k/a “Boy George,” is a Grammy-award winning singer and musical performer who has risen to the level of international music icon. As the lead member of the iconic pop band Culture Club, which was founded in the 1980s, Boy George and the band have toured world-wide, securing many top song/album positions on the charts as well as winning numerous awards. This success and fame in music spans decades.