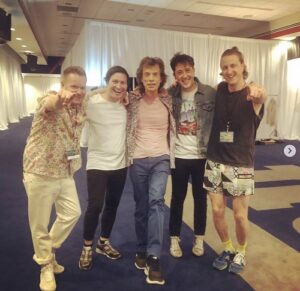 Simon Bobbett is an esteemed music manager and music executive who is considered among the ranks of other important music figures.  Mr. Bobbett has led the prestigious SB Management and managed the careers of some of the biggest musicians, including The Wombats, The Night Café, Bloxx, KennyHoopla, Love Fame Tragedy and Luke Fitton.  He has had a distinguished career and many achievements in the music industry.   His influence on the music world cannot be overstated, as he has led musicians of all genres to highly successful careers and universal fame.

In addition to running a highly successful immigration law practice, Michael is also currently serving his third term as Mayor of Englewood, New Jersey, is the author of Safe Haven in America: Battles to Open the Golden Door (which draws on over a quarter of a century of his practice in the immigration field), is an Adjunct Professor at the Benjamin N. Cardozo School of Law in New York and serves as Counsel to Lincoln Center and several international/corporate law firms. Moreover, Michael is internationally renowned for his successful representation of distinguished individuals and corporate clients such as performing artists, directors, writers, models, actors/actresses, athletes, race car drivers, fine artists, art dealers, curators, musicians, photographers, stylists, and literary agents. Some of the firm’s other distinguished clients include scholar Rabbi Lord Jonathan Sacks (z”l), as well as soccer icon Pele, Master Chef Jean-Georges and Former First Lady Melania Trump and her family.