Managing Partner Michael Wildes is proud to announce the approval of the petition filed on behalf of famed pattern maker Nicolas Caito to secure him O-1 classification. 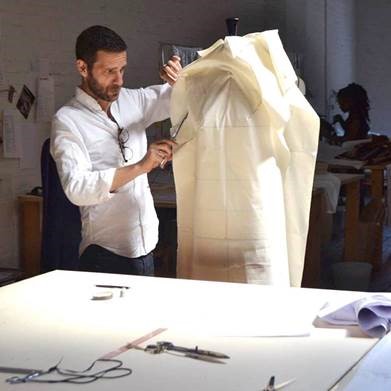 Nicolas Caito is an extraordinarily talented pattern maker who has become internationally known and renowned in his field. According to ELLE USA, some of the most influential New York designers, Proenza Schouler, Thakoon, Zac Posen, Calvin Klein, Ralph Lauren, Peter Som, Prabal Gurung, The Row and J Mendel have at some point entrusted Nicolas Caito with their most intricate designs, making him “New York’s most in-demand patternmaker”. Nicolas Caito’s skills have brought a new dimension to patternmaking in New York. Some of the most creative designs seen on the New York runways or worn on the red carpet for the past 10 years have been made possible thanks to Nicolas Caito’s innovative draping, impeccable tailoring and intricate detailing. In collaboration with Herve Pierre, Nicolas Caito has been First Lady Melania Trump’s pattern maker for various impressive occasions around the world.