Managing Partner Michael Wildes is pleased to announce that Wildes & Weinberg P.C. has secured O-1 visa classification on behalf of client Jenna Webber, based on her extraordinary ability as a Medical Doctor. 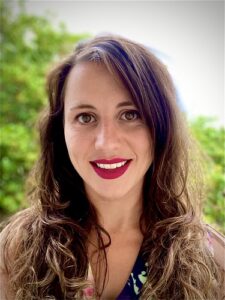 Jenna Webber is an inspiring physician who has dedicated her career to working with vulnerable populations. She has been a force in leading changes to medical curricula to become more inclusive of the LGBTQ+ community and has worked to provide quality medical care to high-risk, marginalized individuals, including jailed and homeless patients. Her original contributions to the field, in the form of LGBTQ+ inclusive care and trauma and violence informed care have served to better the medical industry as a whole. Jenna is truly an impactful physician, and we look forward to watching her continue to make potent and positive changes to the medical industry and provide quality healthcare to the most vulnerable members of society here in the United States.

Michael Wildes, the firm’s Managing Partner, is also currently serving his third term as Mayor of Englewood, New Jersey,  is the author of Safe Haven in America: Battles to Open the Golden Door (which draws on over a quarter of a century of his practice in the immigration field),  is an Adjunct Professor at the Benjamin N. Cardozo School of Law in New York and serves as Counsel to Lincoln Center and several international/corporate law firms.