Managing Partner Michael Wildes is proud to announce the approval of the petition filed to secure an extension of O-1 visa classification on behalf of James Mack, an extraordinary music marketing executive. 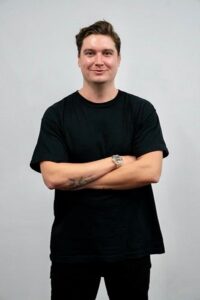 Mr. James Mack has been specializing in the global marketing and promotion of musical artists for the last decade, including working with artists like Snakehips, Doja Cat, Black Coffee, Burna Boy, MK, among others. He has been featured in many major media publications and has been critical to the international operations of Listen Up, the internationally renowned public relations firm, which has offices in Los Angeles and London. We look forward to watching his success continue in the United States!

In addition to running a highly successful immigration law practice, Michael is also currently serving his third term as Mayor of Englewood, New Jersey, is the author of Safe Haven in America: Battles to Open the Golden Door (which draws on over a quarter of a century of his practice in the immigration field), is an Adjunct Professor at the Benjamin N. Cardozo School of Law in New York and serves as Counsel to Lincoln Center and several international/corporate law firms. Moreover, Michael is internationally renowned for his successful representation of distinguished individuals and corporate clients such as performing artists, directors, writers, models, actors/actresses, athletes, race car drivers, fine artists, art dealers, curators, musicians, photographers, stylists, and literary agents. Some of the firm’s other distinguished clients include scholar Rabbi Lord Jonathan Sacks (z”l), as well as soccer icon Pele, Master Chef Jean-Georges and Former First Lady Melania Trump and her family.